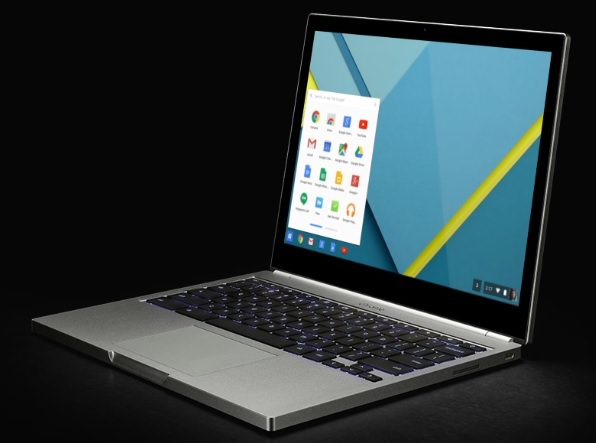 Imagine a Google Pixel tablet—not a laptop—able to run Moon+ Reader Pro and other Android goodness and display your e-books on a sharp 10.2-inch screen with 308 pixels per inch.

According to a rumor first reported exclusively on Android Police, Google’s upcoming Pixel C device, latest in a range of devices that hitherto have showcased the very best (and priciest) in Chromebook hardware specs and design, is not going to be a Chromebook at all – neither Chrome, nor a book. Well, its finish may be a gorgeous metallic shell, just like on the existing Pixel laptops, but this tablet will not be running Google’s Chrome OS, if the rumor is to be believed. Rather, it will apparently have Android M Marshmallow, latest version of the mobile OS. The device will be, yes, tablet rather than a Pixel laptop of the kind shown in the photo. The keyboard will be optional.

If some other reports are to be believed, this could be one more step in Google’s plans to bring Chrome OS and Android closer together. The benefits in terms of app development are obvious: Google could push its development community towards an ecosystem similar to Microsoft’s Universal Apps plan, where apps will be write-once-run-anywhere omnidirectional solutions that can run on a variety of supported hardware. And the Pixel brand, as flagship for the entire Chromebook fleet, could signal the course change, if Google wants it to.

What I don’t expect to happen, though, is for Google to pull back from the Chromebook space and the Chrome OS entirely. Convergence will likely be just that, rather than cannibalism. Google, its hardware manufacturer partners, and the educational community in the U.S. in particular, are just too heavily invested in Chromebooks for their progenitor to suddenly abandon the platform. Google may roll out updates and solutions that bring more Android resources and capabilities to the Chrome OS and to Chromebooks, but I expect it to continue to try to push its software into laptop-style form factors for as long as the public wants to use them.

More news from Google is expected on this shortly. Stay tuned.