What stylus should you get for your tablet use? I personally haven’t found styluses too useful yet, but maybe I just haven’t tried the right one. The Wirecutter has an extremely long and intensive article going into the results of testing 15 different styluses over the course of 13 hours to find which was the best one. Although the focus of their testing was the iPad, almost all the styluses they tested should work with any capacitive-screened tablet or phone.

The Wirecutter’s top pick for a stylus overall was the $30 Adonit Jot Pro model. Rather than a big soft rubber tip, this stylus offers something more akin to a ballpoint pen’s fine tip, embedded in a transparent plastic disc to cushion it against the screen. This transparency means that, unlike with other styluses or fingers, you can actually see what you’re writing as you write it. Their runner-up was the $29 Adonit Jot Mini, which is shorter and doesn’t have all the Pro’s features, but may be available less expensively from time to time. (It was $20 when they originally posted the article.)

If you have to have a rubber-tipped stylus, their first choice was the Sensu Artist, a $38 stylus that includes a capacitive brush tip on the other end. For kids, they recommended the $25 Studio Neat Cosmonaut, whose thicker form factor would be better for smaller hands.

The Wirecutter article didn’t have anything to say about the new Apple Pencil, which isn’t available yet and will only work with one specific model of iPad when it is. It did note that Bluetooth styluses in general tended not to be a good value for the money. Though they are usually more expensive than regular styluses, they have few extra features, and many of the ones they do have require apps to support that particular stylus’s API to be compatible.

If you’ve been wondering what sorts of styluses are on the market right now, or how your choice stacks up against the others, you might want to give the full-length article a look. Meanwhile, I imagine you probably won’t go wrong with the Adonit Jot Pro. I might just give that a try myself, next time I have the money. 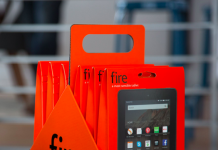