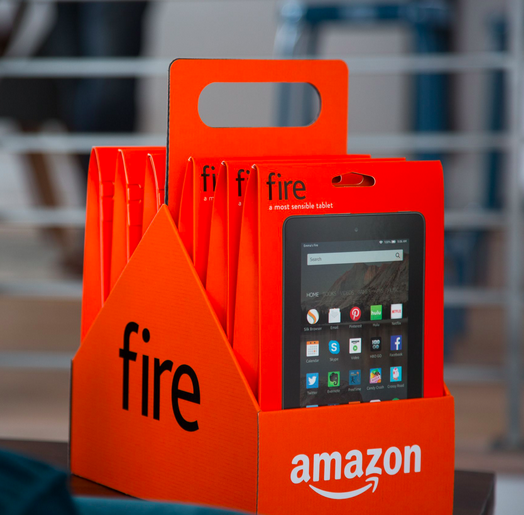 According to CNet, Amazon has announced that not only is the $50 or £50 7” Fire tablet the number-one tablet in the USA by sales rank for 1Q16 (based on internal and external statistics), but it’s also Amazon’s best-selling tablet ever. This news has to rank as one of the least-surprising revelations ever to come out of Seattle, given the statistics we’ve seen suggesting that the average price per tablet sold is declining considerably. I keep expecting Iago the parrot from Aladdin to pop up and threaten to have a heart attack and die from not-surprise.

Given a $50 tablet from a well-known and trusted brand that can do most of the things more expensive tablets can do, the only really surprising thing would be if it wasn’t number one in sales. This comes in a quarter when IDC reports worldwide tablet shipments declining by nearly 15%—while admitting that Amazon’s second-cheapest tablet, the $70 Fire HD 6, isn’t even counted in its report, because it’s apparently too small for the IDC to consider it a “tablet.” (I wonder what IDC thinks it is, then? An off-brand iPod Touch?) Given that I’d expect the HD 6 to sell nearly as many units as the 7-inch standard Fire, who knows what that means in terms of actual worldwide tablet shipments?

Regardless of what the statistics say, it seems clear Amazon is in the process of owning the low-end tablet market just as surely as it owned the e-ink reader market shortly after launching its original Kindle. Where the first few Kindles had sky-high prices but were a gateway to really cheap e-books, this time it’s the other way around—the Fire is an absolutely dirt-cheap tablet that’s nonetheless a perfectly capable gateway to the Amazon ecosystem.

Is it telling that no other major tablet manufacturer has yet even attempted to compete with Amazon in the low-price tablet arena? The only Fire alternatives are Chinese OEM tablets, often sold under formerly-great brand names like RCA and Polaroid that they were able to license cheaply—and they simply can’t compete with the build quality of Amazon’s hardware. And at $50 each, why would you even care if you couldn’t do as many things with it as you could a “regular” Android tablet? That’s practically cheap enough to treat it as disposable.

At the moment, there are plenty of better ways to read e-books, if you’re willing to pay a little more. But the 7” Fire is effectively the Model T of e-readers—basic functionality, but absolutely dirt cheap. And you can even get it in more colors than just black!