Here is another good one from the Toronto Star. It’s about that great difference between pre-Internet publishing and the post-Internet world. And here it is: in the old days, it was a one-way street: you published, and there it was. And now? You can UN-publish too.

The Star’s dilemma concerned a few readers who had sent letters in to the ‘Letters to the Editor’ section, and were dismayed to find them show up on-line, on the Star’s website and in Google Search results. One reader complained that he got into trouble at work for the political opinions he had expressed in his letter. These readers asked the Star, after the fact, to ‘un-publish’ the letters and take them off the website. From the article:

Like most other news organizations, the Star’s unpublishing policy is rooted in the view that the website — our digital archive of what’s been published — is a matter of public record and that it is unethical to make content simply disappear because someone does not want to see an article in which they are named turn up in a Google search.

The article concludes that they operate in a ‘multi-platform digital age’ and that publishing has moved beyond ‘printing words on paper.’ And they point out as well that there are numerous ways on-line content is searched and indexed and archived. It’s harder than it might seem to completely ‘un-publish’ something, even if you agreed (which the Star clearly does not) that this was a thing you wanted to do.

It makes for an interesting landscape. I have bought a few books from Smashwords, for instance, which later disappeared from the website’s main search engine—but which were still accessible to me for download. The authors could, and did, decide not to sell these anymore. But I had already bought them, so Smashwords was disinclined to take them away.

What we have to remember, then, is that words endure now. We should think before we speak, and think even harder before we write. Those letter-writers sent those letters in voluntarily, and those Smashwords authors hit the publish button. And now, their words are part of the public record. Unpublishing is possible. But it’s not always practical or desirable.

[As I’ve mentioned before, trying to go back and “fix” things after the fact, including by unpublishing public information, only leads to greater confusion all around. It’s probably just as well we don’t have “right to be forgotten” laws in North America, the way they do in Europe—though some European countries would seemingly like to impose them on us by fiat. —CM] 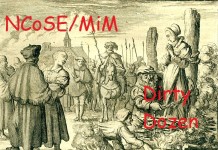 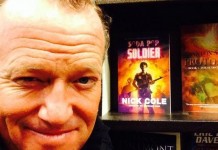 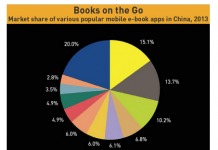