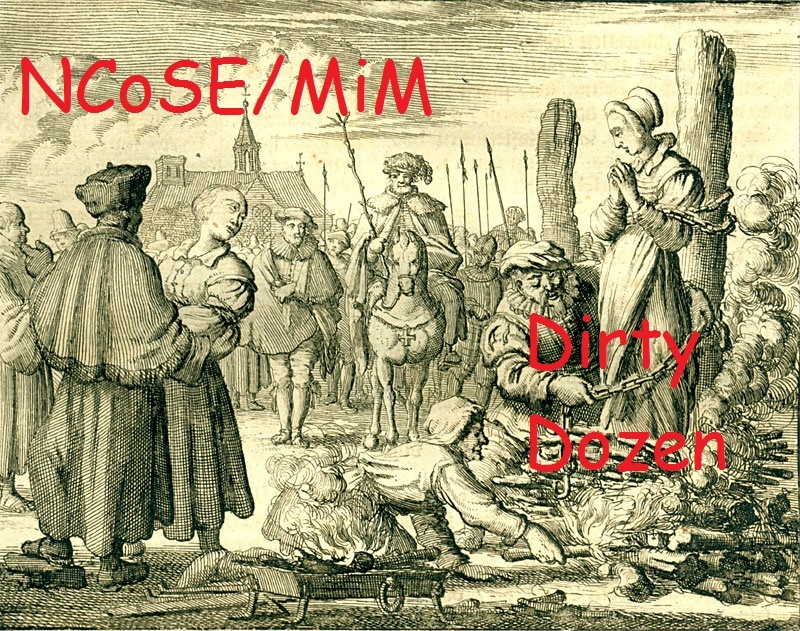 Authors United, the Big Five, the UK Daily Mail – now another bunch of publicity-hungry special-pleading opportunists has jumped abroad the anti-Amazon bandwagon. This time, it’s the National Center on Sexual Exploitation, a Christian conservative pressure group formerly known as Morality in Media, who try to drape their puritanical cause in the banner of opposition to sexual exploitation. And they’ve “named and shamed” Amazon as one of their 2016 Dirty Dozen who they accuse of “facilitating and protecting access to pornography, pandering and profiting directly from it, or pushing an agenda that normalizes pornography or other egregious forms of sexual exploitation.”

The National Center on Sexual Exploitation (a.k.a. Morality in Media) is tracked by Right Wing Watch in their own rogues’ gallery of conservative front organizations. For one thing, they’ve hooked up in the past with the Family Research Council and others of that ilk to back Rick Santorum’s campaign claiming that the Department of Justice refuses to crack down on hardcore pornography. Sure enough, the DoJ sits alongside Amazon on the 2016 Dirty Dozen list, alongside such evil purveyors of human degradation and misery as the American Library Association and Amnesty International. The NCoSE/ has protested in the past about the bias of “the secular media” against its cause. No wonder that resolutely secular organizations like Amazon and HBO are in their sights.

And Amazon’s crime? “Amazon is a worldwide facilitator of sexual exploitation. They distribute pornography and sadomasochistic paraphernalia; their Kindle e-reader exposes children to sexually explicit images and content with incest, rape, and child themes; and Amazon Web Services is used to host pornography and prostitution websites.”

I assume, of course, that the NCoSE/MiM is speaking of the epidemic of lewdness sweeping America’s libraries – and has no intention whatsoever of keeping America’s youth out of those dangerous institutions, and of filtering their information access so that the only matter that reaches their innocent minds is chosen, sanitized and approved by the NCoSE/MiM.

In such Christian company, I’m tempted to a Biblical quotation here: By their fruits shall ye know them. Not to mention all those ones about false prophets, hypocrites, white sepulchers, etc. Meanwhile, I hope Amazon isn’t going to bow to the NCoSE/MiM’s especially dishonest and not-too-well-hidden agenda.