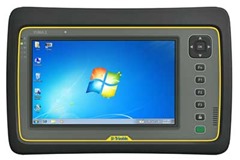 A co-worker at my day job recently mentioned wondering what had happened to Mirasol displays—though in retrospect, I think he got his brand names mixed up. He was talking about the displays you could purchase to replace netbook screens with, and that was Pixel Qi, not Mirasol. But that got me curious, because as far as I recalled, it had been a while since I’d seen anything about either display technology in the news.

A quick check of items for Mirasol turned up some reports from the end of May of  this year, in which Qualcomm showed off some mockups and a prototype of a retina-quality next-generation Mirasol display at a trade show. The 5.1” panel offered 2,560 x 1440 resolution, 577 ppi, and a 6x power advantage over LCD and OLED displays (though, like e-ink, it will need an illumination source for reading in low-light conditions). But it will likely be a few more years before this display is ready for prime-time.

Pixel Qi seems to be more elusive, however. It’s still around, but I didn’t see any recent news about it in Google, though its homepage says it was at the same trade show as the Mirasol display. In 2012, Tin Can Tools had a $299 Pixel Qi display kit available aimed at hobbyists using BeagleBoard or PandaBoard build-it-yourself embedded hardware, but it’s out of stock right now. Maker Shed still has the 10” Pixel Qi replacement display panel for select netbooks available, listed at $275 but on sale for $250 when I looked. The article about the display kit noted that “Pixel Qi displays aren’t produced in large enough quantities to compete with standard LCD screens on price—which is part of the reason you don’t see the company’s screens in many mainstream laptops or tablets.” That makes sense.

The most recent post in Pixel Qi founder Mary Lou Jepsen’s blog is an entry dated October 30, 2012, announcing that the Trimble Yuma 2 ruggedized outdoor tablet would ship with a Pixel Qi screen. The Trimble store lists the 64GB version at $2,995 ($3,345 with GSM/CDMA cellular Internet) or the 128GB version at $3,295. Tantalizingly, the Pixel Qi blog suggests more devices would be announced in coming weeks, but that was the last post in the blog. (Jepsen’s Twitter is still active, but largely with matters concerning her other job, with Google Labs; her most recent tweet is over Google’s Project Loon Internet balloon initiative.)

An earlier post lists a number of other products carrying the screens, including the $749-and-up dual core Atom Clover Sunbook, some tablets (most of whose links led to 404 or domain-name-squatter pages when I checked them), and various non-tablet devices such as a car wash control or a golf stroke training system. Perhaps the best-known Pixel Qi-using product apart from One Laptop Per Child was the Notion Ink Adam, which ended up being something of a disappointment on its release. Notion Ink is cranking out a second tablet, but has opted to go without the Pixel Qi display this time.

There do not seem to be any more recently-announced products using the displays than the Yuma. Perhaps not a surprise if the displays can’t be produced in the numbers LCDs can. Most of the products Pixel Qi has seem to be specialty devices meant for niche markets, rather than more general-purpose tablets that would be expected to sell in large numbers. For that matter, there don’t seem to be that many Mirasol products right now, either. But then, it took a while for e-ink displays to start being in bulk after they were introduced, too. 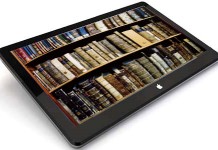