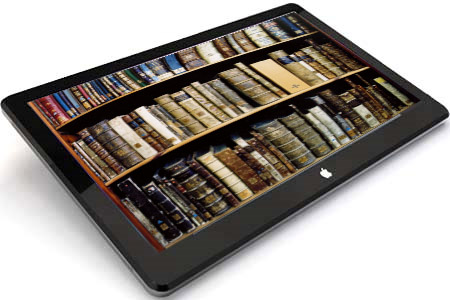 So near, but yet so far. That was the feeling I had reading this piece in Greenwich Time that wondered whether part of the reason e-book sales were declining might be libraries making it so much easier to check out e-books now.

The piece refers to e-book sales as being in a decline using the same big-publishing-metric data that I remarked on a couple of months ago. It does go the extra step of noting that this may be big publishing’s own fault for raising the prices on its e-books, but it doesn’t go a step further to look at how self-published e-books are doing.

Still, looking at self-published titles might have helped reinforce the article’s main contention—that the ease of checking out e-books without even having to go into the library might be affecting trad-pub e-book sales. It’s certainly a possibility—especially among the tech-savvy, who can crack the DRM and keep library e-books as readily as they could crack it on e-books they buy for themselves. But self-published e-books tend to have the hardest time getting into libraries, despite the presence of several initiatives aimed at changing that from outfits such as Smashwords and Pressbooks Public. If the sales of non-library self-pub books are stronger than ones that do make it into libraries, that could be another piece of evidence.

On the whole, though. I don’t think there’s a whole lot in it. If library e-books were really, demonstrably harming actual sales, would the publishers still keep selling e-books to them even under the restrictive terms they’ve been using? To imagine that they would because they “want” e-books to fail so they can keep protecting print bookstores requires a little more conspiracy theory magical thinking than I’m willing to countenance. It seems more likely that the article has cause and effect mixed up—publishers’ high e-book prices are driving its customers away from e-book stores and to the library. Increased library use of e-books isn’t a cause of the sale decline; it’s a side-effect of it.

After all that, it’s almost not worth mentioning the breathless way the article opens, claiming “The e-book industry was expected to topple the printing industry in much the same way the Internet has revolutionized print news — quickly and with little mercy.” Still, I should point out that it’s a cliché and arguably inaccurate—the only people who really had that sort of expectations (and the few who still have those expectations) weren’t thinking it through.

E-books were always going to reach a point of equilibrium with print books, before potentially moving to take over incrementally. But if they do drive out print books, it will be over decades or centuries—not all of a sudden.

Meanwhile, we can still find plenty of either kind at our local library. Whether or not that hinders their sales is still an open question. 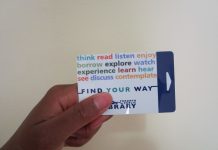