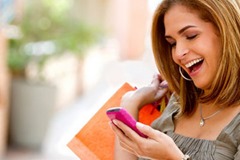 The Economist has an article looking at the success of the romance and erotica genres in the United Kingdom, and the stigma that still attaches to the genre. Even though romance and erotica has sold 39.8 million physical books worth £178.09 million (US $260.55 million), public attitude toward popular romance/erotica titles (such as the 50 Shades trilogy) tends to be scathing.

The article notes that romance and erotica has a strong tradition of self-publishing, and was one of the earliest genres to capitalize on e-books’ anonymity. (Romance e-book store Ellora’s Cave was going strong in 2006 before most people even had e-readers.) The most interesting thing to me is that the article cites Jellybooks statistics showing romance readers are twice as likely to read on smartphones than people who read literary novels or non-fiction.

The Economist piece doesn’t venture to guess why that is, but my suspicion is that it ties in with something it does mention later on in the article—“romance readers are singularly voracious and loyal.” 15% of romance fans buy at least one new book per week, and 6% buy them more than once per week. (Not like this is news to any of our readers; it’s why Scribd significantly pared down the number of romance and erotica titles from its subscription service last year.)

The article suggests that “shame is perceived to be a significant factor in the romance genre’s success in e-book format,” and while I would grant that probably is a factor, I think another one might just be the convenience and ease of use of the form factor. This comes back to that greater amount of smartphone use—voracious readers might be more likely to have multiple titles on their smartphone so they can resume where they left off at any time they have an extra minute or two. Just pull the device out of their pocket and there they go.