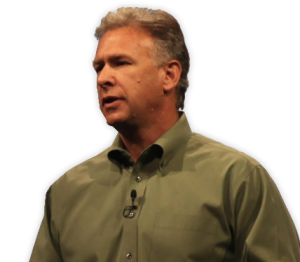 Michael W. Perry called my attention to an interesting pair of articles dealing with some newly-announced changes to Apple’s iTunes app developer model—one on the Verge and one on MacNN.

This could serve to make it more economical for developers to develop other types of app for iOS—most notably games, one of the hottest categories of app these days. But what about e-books? There aren’t so many e-book subscription options, and it seems unlikely average authors would receive any of that extra 15%—their terms are already set by the subscription service operator, such as Scribd or Amazon.

In a comment on the MacNN piece, Michael Perry feels this will give the best subscription apps a good reason to get better, and adds that it would be a good idea for Apple to do something similar for the iBooks store. “Changing ebook royalties to 80/20 would clearly set Apple off from Amazon and motivate authors and publishers to steer readers to Apple.”

It might at that, but something that would give authors and publishers a lot more motivation would be to bring out Windows and Android iBooks apps. As long as iBooks remains exclusively tied to Apple hardware—hardware which is firmly in the minority, and not likely to steal too many other operating system users away—it seems unlikely a 10% difference in royalties would be enough to make it worthwhile trying to push customers in that direction. If they focused the same amount of effort to woo customers to Amazon, Barnes & Noble, or Kobo, they’d get several times as many—because several times as many people have Android mobile or Windows desktop devices as Apple—which is still a lot more bang for the buck.

Not that a change in e-book royalties seems terribly likely. When you get right down to it, the only change in payouts that’s happening here is for subscriptions that last longer than a year. By then, Apple’s already made a decent chunk of money from each subscriber. Furthermore, Apple has a lot of incentive to try to get people using subscriptions even for shorter than a year, simply because those tie people to continuing to use Apple devices. E-books aren’t nearly as great of an investment in time and money—and Apple device owners who put any degree of thought into it at all will opt to buy their books somewhere other than iBooks simply so they know they can keep them if they do have to switch.

This change seems primarily aimed at developers, to get them more interested in supporting iOS. There’s not a whole lot there for consumers, apart from suddenly being able to offer them a variety of apps that support subscriptions. Indeed, if you look at it from the point of view of consumers who don’t like being nickel-and-dimed for content, it might not be an entirely positive change. I don’t think there’s a lot there for e-book authors, either, and I doubt Apple will be inclined to make changes to iBooks. There’s just no indication it even cares that much about iBooks.