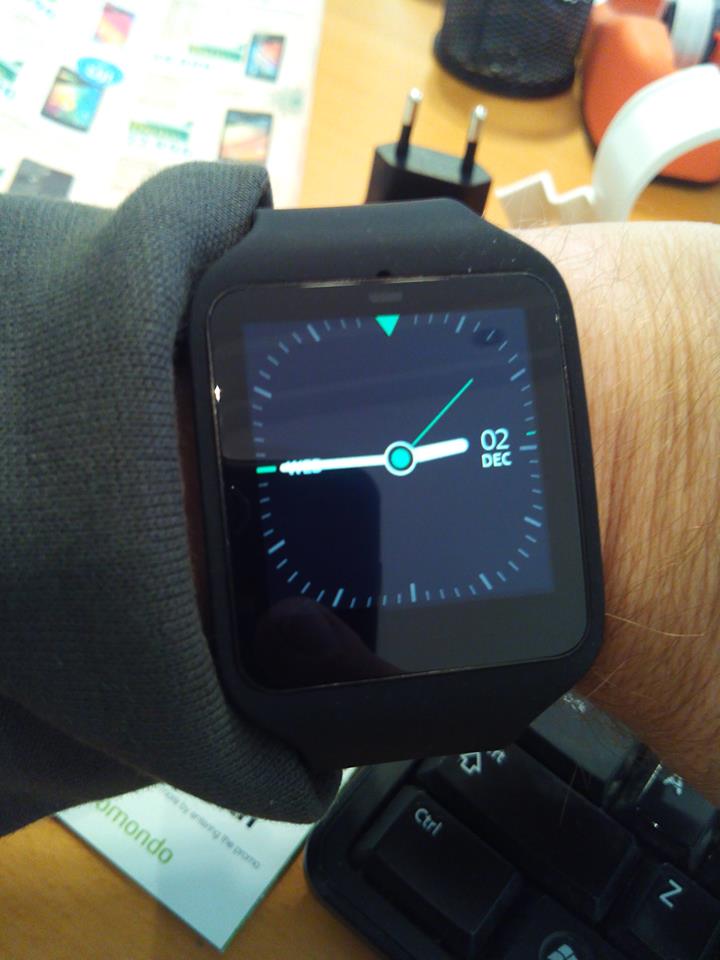 After an unconscionable delay due to a lost Hungarian postal delivery receipt, I finally got my birthday present – five weeks late. And no prizes for guessing that it’s a Sony SmartWatch 3, now already synced up to my tablet. Thanks, Mum and Dad!

I have already written about the potential for these devices as at least audiobook platforms – and even as e-readers, for anyone who has the patience to deal with their tiny screens. However, this is the first time I’ve actually owned and used one. And so far, I’m delighted.

For one thing, the screen resolution is great, and the screen size is certainly enough to make short alerts and notifications perfectly readable. I wouldn’t necessarily want to struggle through an e-book with the Sony, but the screen itself is good enough to make that largely a matter of personal preference. Actual printed books have been produced with smaller page sizes, after all.

Where Android Wear really shines, though, is the syncing feature to its Android parent device. And the Sony SmartWatch 3 was one of the first Android Wear devices to market with WiFi fully enabled, meaning that it can sync to the cloud and roam out of Bluetooth range of its parent.

Now I’m getting notifications flashed to me as they come in, even from apps or pages like Twitter or Facebook that don’t actually have a daughter app on the smartwatch. That includes tweets, which you can actually Like via the smartwatch itself, or subject lines of incoming emails. There’s also onboard functionality to do voice typing, though I haven’t tried this yet, and actually compose email replies or notes. Not to mention the many Android Wear apps available (see Google Play Store Android Wear screenshot below) that offer news updates and other content services via your smartwatch. If this is what the technology can do now, I’m panting with anticipation for the next generation or two of connected wearables.

I’ll be happy to run further usability reports and how-tos for all those readers who think a smartwatch doesn’t stray too far from TeleRead’s core focus. In any case, though, I’m sold. (Smart)Watch this space … 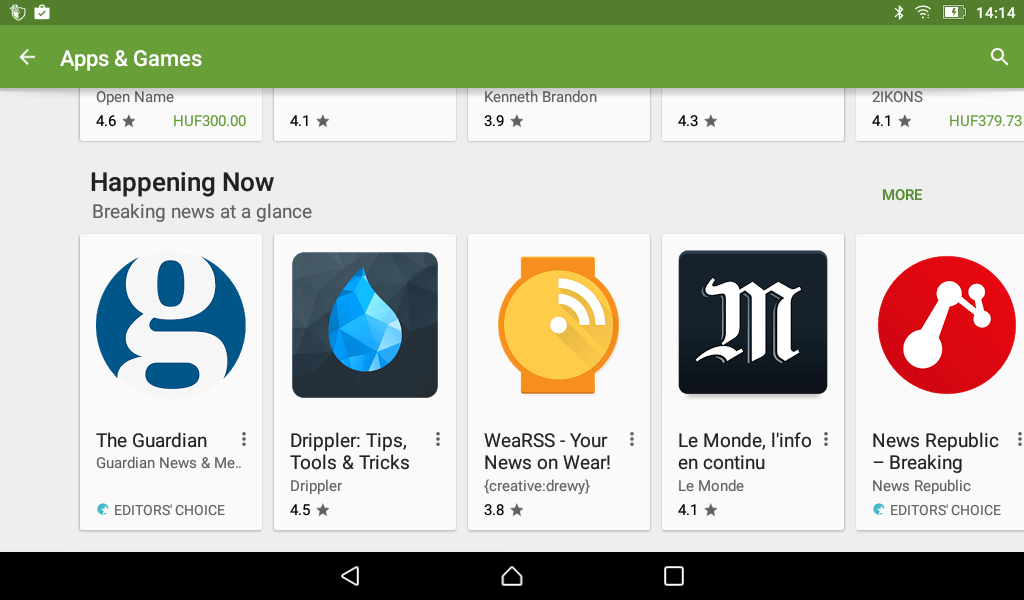