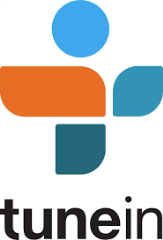 Anyone disappointed by Scribd’s recent decision to pare down its audiobook offerings might have a new solution. CNET reports that streaming radio site TuneIn is adding an $8-per-month subscription option that removes ads from 600 radio stations, adds Major League Baseball and Premier League soccer play-by-plays, and grants access to a library of 40,000 audiobooks.

The radio stations will be “commercial free” by the expedient of playing a song the same length as the pre-programmed commercial breaks—which seems to me to point out that there are simply too many ads on terrestrial radio if you can play a song the same length as a commercial break. But I guess I’ve been listening to Pandora where you get like a 30 second ad every fifteen minutes or so—not to mention Google Play Music with its none at all—and gotten used to it.

The audiobooks on offer will include titles from major publishers like Penguin Random House, HarperCollins and Scholastic, and will include the Hunger Games and Harry Potter series. It’s worth noting that 40,000 is 10,000 more titles than Scribd started with, and considerably more than the 4,500 Amazon’s Kindle Unlimited program has now. Will TuneIn be able to afford people listening to audiobooks that much, or are they gambling that their patrons prefer listening to the radio most of the time?

I suppose we’ll have to see how it goes.