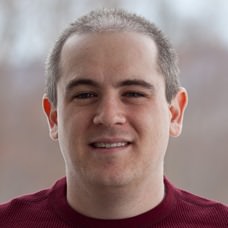 Sometimes the flesh is willing but the spirit is weak. That’s what happened to the most popular app in the iTunes Store yesterday. Marco Ament, the developer of Instapaper, decided to pull Peace, the ad-blocking program he’d made for iOS, because of a guilty conscience.

Ament writes on his blog:

Achieving this much success with Peace just doesn’t feel good, which I didn’t anticipate, but probably should have. Ad blockers come with an important asterisk: while they do benefit a ton of people in major ways, they also hurt some, including many who don’t deserve the hit.

Peace required that all ads be treated the same — all-or-nothing enforcement for decisions that aren’t black and white. This approach is too blunt, and Ghostery and I have both decided that it doesn’t serve our goals or beliefs well enough. If we’re going to effect positive change overall, a more nuanced, complex approach is required than what I can bring in a simple iOS app.

He suggests people who paid for Peace should request a refund (though the app should still continue to work even without developer support) and advises people use one of Peace’s competitors, Purify or Crystal, if they still want to block ads.

Crystal’s developer, Dean Murphy, has also admitted to feeling conflicted over the success of his app. “But at the same time, I hate the mobile ads industry…I just find it very intrusive and very hostile.”

I suppose I’m just not a good person, because I cheerfully block every ad I can (except for those here on TeleRead, of course). I even started paying $4 a month more for Hulu because it lets me get rid of those annoying interstitial ads they put in…which is kind of silly, really, given that I don’t even watch Hulu that much, but that’s just how strongly I feel about it.

Some folks with guilty consciences have suggested that maybe someone should start a service where people can likewise pay extra to get rid of ads, and have that payment go to the sites whose ads get blocked. I’d certainly support that idea in principle. The problem is, as Readability discovered, such sites have to be willing to opt into such a program. And how do you contact every site that advertises to get them to take your money?

You could be Google, I suppose. Google Contributor offers that sort of pay-for-lack-of-ads experience. It’s not clear just how well it works yet, though early reviews seem to be positive.

But not everyone is necessarily so willing to pay for an ad-free experience. We may not be on the cusp of a content crisis just yet, but it could be a hard sell all the same to get the majority of users to pay to get rid of an annoyance they could easily enough dispense with for free.