The Wall Street Journal reports that Ron Burkle has lost his bid to seat himself and his chosen nominees on Barnes & Noble’s board of directors. Barnes & Noble shareholders elected founder Len Riggio and his nominees for the other two available seats to the Board of Directors.

Barnes & Noble is proceeding to auction itself off, and has said that Burkle’s Yucaipa Companies is welcome to submit its own bid to be considered alongside all the others.

It is unclear what the results of the auction will bode for Barnes & Noble’s Nook (and, for that matter, for the e-book companies Fictionwise and eReader that Barnes & Noble also owns). But given the decline of print publishing lately, those e-reading properties are probably Barnes & Noble’s biggest attraction to any forward-looking company.

It will be interesting to see who submits bids. Even if Barnes & Noble decides to sell itself directly to Riggio (there have been rumors he plans to make his own bid), knowing who else was interested will give us a good idea of what companies might think e-books are the way forward. 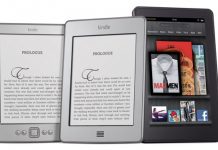