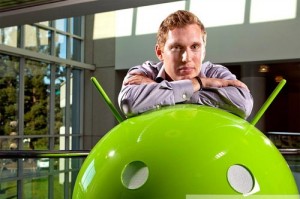 Last Friday, the New York  Times‘ Bits blog ran an interesting Q&A-style interview with John Lagerling, Google’s Android director of business development, “about the company’s strategy with the Nexus brand, one that revolves around lower prices,” as the interview’s intro explains.

Lagerling, as it happens, was involved with negotiating the new Nexus line’s decidedly low price points. “Basically,” he says, referring to the Nexus 4, “we felt that we wanted to prove you don’t have to charge $600 to deliver a phone that has the latest-generation technologies.” Regarding the low price of the new Nexus 7, he says this: “For Nexus 7, we were able to ramp those new memory SKUs at the same price. These move so fast that we knew after a few months, from an economical perspective, it was doable.”

Lagerling even manages to squeeze in a nice dig at the Apple and Microsoft teams:

“There are players in the industry who were unhappy about more competitive pricing for the consumers,” he says. “They want to keep the prices high, they want to force the price to be so high that operators have to subsidize the devices very highly. That’s not only the Cupertino guys but also for the guys up in Seattle. They want higher margins, they want to charge more for software. We simply believe there’s a better way of doing it without extracting that much payment from end users, because there are other ways to drive revenues.”