Japan is a uniquely island nation, with a tendency to cling on to practices (the formal bow, the suit waistcoat, the command economy), long since abandoned elsewhere. And add to that list EPUB 3. For as it happens, Osamu Yoshiba, executive director for the digital and international business divisions of leading Japanese publishing house Kodansha Ltd., got up at Book Expo America to advocate its broad adoption as the answer to the general dearth of illustrated ebooks. (And there was me thinking it was something to do with display limitations.)

To be fair, other publishing markets, including the Association of American Publishers, have also pushed for EPUB 3 in the past. But the problem is not with the publishers, it’s with the ereaders and the companies who support them – who are the de facto distributors. If you check out the E PUB 3 Support Grid over at EPUBTest, you’ll see that few major ereaders support more than 50 percent of EPUB 3’s features. Kindle manages about 30 percent, in Kindle or PC versions. Nook manages about 17 percent. Aldiko just clears 6 percent, and this is one of the most popular non-Kindle ereaders going.

Obviously with ereader makers so indifferent to EPUB 3, it’s hard to see the format as the basis for any new great leap forward in ebook publishing. But it wouldn’t be the first time that Japanese companies tried to ignore commercial realities. 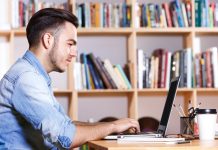