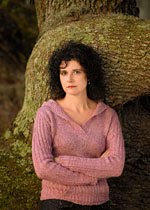 , was published in 2003. I’ve spent the intervening years trying to figure out how books get sold. I’ve learned some things. Some things remain a mystery.

I’ve learned that being on TV sells books. My marketing plan for the first three books included a lot of promotional travel, and I did my best to leverage those travel dollars by getting media coverage whenever I could. I turned out to be pretty good at that, getting TV interviews in Top 100 markets like Birmingham and radio interviews in the number one market of them all, New York City. Whenever I did radio, I’d get emails from listeners afterward, so I knew people were listening and, presumably, buying. When I did TV, the first few people in line invariably said, “I saw you on the morning news.” So I saw those people buy books, which is the most satisfying result of a promotional effort you can get.

But the time and effort spent getting myself to Birmingham, so I could be on TV and sell a few books, just wasn’t worth it in the long haul, unless I was going there for some other reason. (Radio, which you can do by telephone, is a different beast.) I, like every midlist writer in the world, am looking for a way to sell books that generates less wear-and-tear on the body and on the pocketbook.

One thing I learned from making all those promotional appearances was that, when I give a talk, people buy books. When I give a talk to a large crowd, people buy a lot of books. I don’t yet have the kind of name to draw a large crowd, so my ideal gig is a luncheon speech to a group of people who were going to come to that luncheon anyway. If somebody else can put butts in the chairs, I apparently give a pretty good talk. People laugh. They ask questions. When I’m speaking to an educational group and I drag out my stories of being an engineering student back in the days when engineering buildings were designed without ladies rooms, women bring their daughters up to meet me. And they buy my books.

Why am I talking about this today? Because I did two gigs this weekend that were only okay, as far as sales go. I spoke on Saturday and the percentage of attendees that bought books was quite good–nearly half–but the crowd was small. Then I did a bookstore signing on Sunday and sold a little better, but attendance still wasn’t what I’d hoped. But this is not my point today. My point is that attendees at both events came up to me afterward to tell me that they owned e-readers and that they were going to go home and buy my books. In one case, the person had already downloaded the book while I was speaking. In two other cases, people bought my latest book and had it signed, because they wanted an autographed book for the souvenir aspect, but then they planned to go home and download the rest of them. And why wouldn’t they? The ebooks are cheaper and they don’t take up room on their bookshelves.

When I got home, I checked my sales info on Amazon. Lo and behold, I sold more ebooks this weekend than I did print books, despite the fact that I hauled my weary carcass to two booksignings that were intended to sell print books. This tells me that my days of grueling and expensive promotional travel are not as nearly over as I might have hoped. People still crave human contact, and they are far more likely to buy a book from somebody that they feel like they know…whether they read that book on paper or on an e-reader screen.

Skilled internet promoters are using social media to make those connections, which is tiring and time-consuming, but it’s not nearly so hard on the pocketbook and the weary carcass as promotional travel is. I’m doing my best to learn how to let the internet do my traveling for me, but it has taken me nearly eight years to learn how to sell books in person. It’s going to take some time to learn how to do it remotely.

Here’s one thing I think I already know. When people read my work, they like it. They come back for more. Over the past month of exploring ebook promotion, I’ve come to believe that I need to focus on getting samples of my work out there. Therefore, I’m posting an excerpt of my frontlist ebook, Wounded Earth

right here. If you’d like a copy of the ebook, here’s the link:

And if you prefer print books, here’s that link:

I hope you enjoy this sample of Wounded Earth

Babykiller was meticulous in all things. It was his defining quality. Attention to detail was the key to longevity in his chosen profession, and Babykiller had been in business a long, long time.

Most of his competitors from the early days were dead or in prison, and he couldn’t claim responsibility for all their misfortune. No, they had simply chosen a dangerous line of work. He was well on his way to outliving a second generation and he was considering retirement. At least he had been, before the oncologist’s verdict. Retirement planning seemed so futile when death was certain.

Babykiller had created a life out of certainties. He left nothing to chance. He made no mistakes—at least, he made no mistakes that were obvious to the cretins who purchased his services. He had built a seamless organization that ran like a Volvo. It was reliable. It required little maintenance. It was safe. It was boring as hell. Even if his organization survived him—and he cared very little whether it did or not—it was a plain-vanilla sort of legacy for a man of his caliber.

Babykiller had more money than he could have spent in a normal lifetime. He had more than a fair share of cunning. And he had a long list of scores to settle with the world before he took his leave of it. It was time to retire and focus his considerable attentions on something more interesting. Or someone more interesting.

Babykiller had kept extensive files on his target for years, ever since he began thinking of retirement. He had videotapes and audiotapes. An accordion file labeled “BioHeal Environmental Services” held her company’s annual financial reports, one for each of the twenty years she’d been in business. His clipping file bulged with articles dating to her first appearance on the cover of New Orleans Business News.

Larabeth McLeod had enjoyed good press from the start, for the usual reasons. She was an easy interview. Her field, environmental science, was red-hot. She was witty and down-to-earth. Her strong jawline made for good photographs. Reporters loved her.

She smiled out of the manila folder at him, wearing her success like a crisply tailored suit. He replaced the clippings in reverse chronological order and closed the file over her elegantly sculpted face. He remembered that face. He had cherished it long before the photographers fell in love. He had seen it contorted in pain, spattered in blood.

He would like very much to see it that way again.