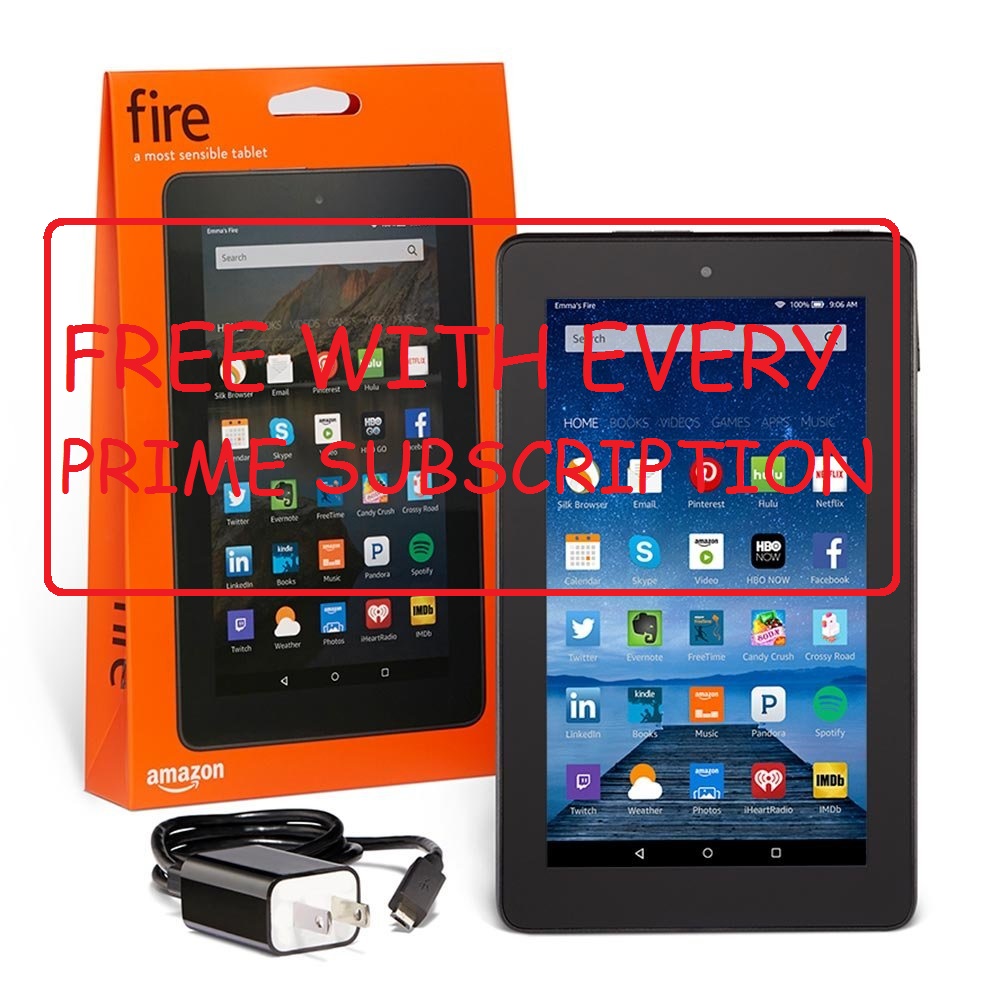 Here’s a question for Authors United and all those other scourges of all things Amazonian: If Amazon bundled a free $50 Fire with every Prime subscription, would that be anti-competitive? Some kind of unfair subsidy? And even if so, who would be hurt by it?

The analogy is obviously with mobile carrier subsidized handsets – or leased handsets, if you buy the argument that all major carriers are moving away from the traditional handset subsidies to a leasing model. Carriers offer devices as front-ends for their services and voice/data plans, and many of them actually offer low-end units for free. Now, Prime is self-evidently a hugely valuable service for Amazon. Its lock-in attractions are one reason why Amazon has been able to steal a march on Walmart and other retail competitors. And Amazon is already subsidizing the lowest-tier price for the Fire with lockscreen ads. It’s also making enough money on Fires to afford sales and discounts even on that low price. Given that, why doesn’t Amazon just close the loop and offer a free $50 Fire as the front end for Prime?

In 2010, Michael Arrington heard rumors that Amazon was considering offering free e-ink Kindles to Prime subscribers, and in 2011 CNET heard similar rumors. Obviously, nothing ever came of those—but the Fire tablet is even less expensive now than e-ink Kindles were then, and can view considerably more content. So, a free Fire tablet giveaway would offer much more bang for the buck.

Even a year ago, analysts already estimated that Prime subscribers were spending almost $1000 more per year on Amazon than casual Amazon customers. As of now, roughly one in every six Americans is a Prime subscriber. That might mean an awful lot of plastic and printed circuits to lay out in Fires, but since CIRP already estimated that those Prime subscribers are spending up to $1500 each circa 2014, and probably far more now, the cost of a basic Fire would mean little alongside the benefits for Amazon. If Amazon gained third place in the latest IDC tablet shipment rankings for 4Q2015 with just 5.2 million devices, just think how its market share would look with 54 million owners. There almost wouldn’t be a tablet market for anyone else.

And again, would this be anti-competitive? Does anyone complain that Avon or Ikea are being uncompetitive by providing catalogs? Are we so dazzled by devices that we miss out on how commoditized and simple they now are? What would stop Walmart or others doing the same with a cheap tablet? And isn’t Barnes & Noble already trying with a similar approach? After all, Amazon’s market dominance is about network effects, but it definitely isn’t about hardware. So bring on the free Fires?