Earlier this month, as a guest writer on Charlie Stross’s blog, Elizabeth Bear wrote an essay about “the future of web publishing,” centering around the “hyperfiction environment” called Shadow Unit in which she takes part.

I couldn’t help but be amused by the subject of the post. You see, history repeats itself. Bear et al may very well be right about being part of the “future” of Internet publishing—but in the format in which they are writing, they have also stumbled squarely onto its past.

To note, I do not mean this in any derogatory sense. Though I have not read through the Shadow Unit stories myself, it sounds very much like an excellent setting with a lot of hard work put into it, and like the writers and fans alike are having a lot of fun.

What amuses me is how precisely Bear’s description of the setting also fits all those other settings that have come before, even if the Shadow Unit writers were not aware of them.

To summarize the post, which is itself well worth reading, “hyperfiction” can be non-linear (written out of order and with branching side-stories, rather than being a linear narrative), interactive (whereby people following along can adopt in-setting personas and “(role-)play along”), multimedia (text, images, audio, video, etc.), confusing (with no clear story order and all that branching and supplemental material, people can easily get lost), self-funded (Shadow Unit takes donations but does not sell advertising), and extraordinarily rich (many people working together can create a remarkably well-realized world).

Bear may call it “hyperfiction,” but in actuality no new name was really needed. As described, Shadow Unit is a perfect example of what we who have been writing them for years now call “collaborative fiction” set in a “shared universe”.

Collaborative fiction on the Internet has a rich history. In fact, this sort of fiction has been written on-line since at least 1985. I covered some of it in my “Paleo E-Books” columns—and more recently, my review of the “Paradise” setting.

Here are some of the ways in which these other worlds fit those same characteristics.

Non-linearity: Most shared universes are this way, though the more recent wiki-based ones more so than the old ones that started out on mailing lists and Usenet groups.

The “Paradise” setting is a good example. Though the stories are arranged by a timeline, they were not written in that order. The setting covers a period of over ten years of stories, with several years more of unwritten-in back history. Writers can freely set their stories in any period; since they are posted on a wiki the timeline is very flexible.

Interactive: As I’ve said in other posts, one great thing about collaborative fiction communities on the Internet is that they can make it easier for fans to exercise their natural inclination to create works based on the thing they love.

If you like an Internet collaborative universe and want to be a part of it, you don’t write fan fiction, you touch base with that universe’s “owner” (gatekeeper, editor, whatever you want to call him), then run your stories by him. If he says it’s all right, your stories are woven into that universe as canon fiction.

(Though this does vary from universe to universe. From Elizabeth Bear’s piece, I get the feeling that reader participation in Shadow Unit is restricted to role-playing and other kibitzing, not joining the canon as a new writer. But some other Internet fiction shared universes, such as Undocumented Features, are closed to new writers as well; that doesn’t make Shadow Unit any less of one.)

Multimedia: Up to now, this has generally been limited to text and pictures. The text comes from the writing, of course. The pictures most often come from convention artist alley commissions. Rare is the Internet writer who does not fall enough in love with his characters to want artwork of them (I’m no exception), and most convention artists—even famous ones like Ben Dunn or Adam Warren—work cheaply enough that it is entirely affordable.

Some shared universes build up fairly amazing art galleries over time. The 15-year-old “Forest Tales/Chakona Space” setting has an 18-page art gallery with almost 900 pictures in it! (Though many of them are not work-safe; the “Forest Tales” setting started out as furry erotica.)

Of course, it is getting easier and easier even for individuals to work with other forms of media. It will be interesting to see what the next few years bring.

Confusing: Oh wow yes. The “Superguy” shared universe, which is 22 years old, has over 12 and 1/2 million words of fiction (a lot of it awful, but a surprising amount is pretty good). That’s a lot to keep track of. For the first few years, the writers were able to keep up a history of what had happened within their setting. But as the list grew, more writers signed on, and series proliferated, eventually they threw up their hands and gave up, so pretty much the only way to know what had gone on was to read it all or ask someone who had.

Other, newer settings have less institutional inertia and less trouble keeping their history straight, and the coming of wikis meant it was easier for newer settings to get it right from the outset. But the nonlinearity of these settings makes confusion second nature even so.

Self-Funded: Actually, most Internet fiction up to this point hasn’t really had to worry about funding, being simply the hobby of those who write it. I suppose you could say it’s “self-funded” insofar as the people who write it don’t have to pay anything to post it to the Internet. Shifti.org, the wiki where “Paradise” is hosted, does have fundraising donation drives every now and then.

Extraordinarily Rich: Is it ever! I think this is why so many of these things take off and stay around. Writing by yourself can be fun, but collaborating with a friend (be it by writing separate stories in the same world, or by writing together like role-playing with a program such as EtherPad) is even better because you never know exactly what the other person is going to do, or what ideas they’re going to have.

Your own ideas can become even better when you bounce them off of other people, and their ideas may spark further inspirations in you. Before you know it, the whole thing snowballs and by golly you’ve built yourselves a world.

And worlds can take unexpected turns. The aforementioned “Forest Tales” started out as little more than furry hermaphrodite felitaur erotica in a very thinly-disguised Star Trek fanfic setting—but it has grown far beyond its roots over the years, to encompass non-pornographic stories that focus on such weighty topics as racial prejudice and very realistically-depicted post-traumatic stress disorder.

The whole process is amazingly addictive, which is why I just keep getting involved in these worlds again and again. It’s not surprising that professional writers would eventually come to the same conclusion. (After all, there have been shared universes of a sort in print since the 1980s: Thieves’ World and Wild Cards, for example.)

Sometimes I feel that, to what hyperfiction will eventually become, Shadow Unit is the equivalent of very early television—shot like a stage play, not yet quite exploiting its medium, balancing between fish and fowl.

I suppose that would make the earlier Internet settings…I don’t know, radio dramas? (Come to think of it, it was a convention of the Superguy mailing list to end stories in all-capital-letter teaser questions, like the stentorian-voiced narrator would read on radio shows of old.) Shakespeare, maybe?

But seriously, I think it’s great that professional writers are finding this collaboration can be just as fun as we “amateurs” have. I feel like it lends a kind of legitimacy to what Internet writers have been doing all this time—though “legitimate” or not, we’d still have done it anyway just for fun!

Best of luck to Elizabeth Bear and all the other collaborators and fans of Shadow Unit! It will be interesting to see what the future holds—for all of us. 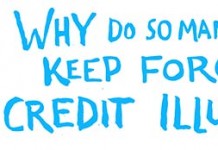 Of Puppies and Sadness: A Hugo Award post-mortem 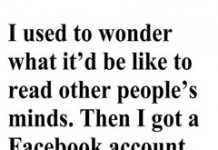 The Internet as functional telepathy 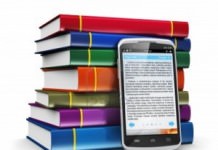 Cell phone Internet comes to half the world 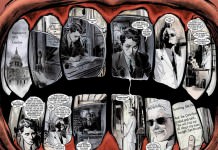