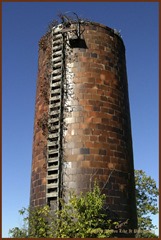 On Studio Tendra, Baldur Bjarnason has been writing a series of posts on e-books relating to the missed opportunities that make e-books not as good as regular books. In his first two posts, about e-book silos (“silo” being the term for an ecosystem that locks the user in), he discusses the way that the current crop of one-size-fits-all ereader applications cater to the lowest common denominator but fall short where readers for special needs could help students, researchers, writers, comic book fans, and so forth. They also make it difficult to export notes and annotations made while reading the book into any meaningful form.

His third post discusses cognitive mapping, the way that we subconsciously use physical artifacts such as location on a page or how far into a paper book we are to help us keep track of “where” we are. The lack of this in an e-book, he writes, is a big problem when it comes to retaining what he reads.

He admits that he doesn’t have any solutions to offer beyond that it needs to be easier to map locations in books. I’m not sure what to make of his arguments here. I don’t recall having had problems retaining what I read in e-books versus print books, and I’m able to map well enough using the percentage of completion mark or bar on my various reading devices, though I suppose it could be a subconscious thing.

In the last (so far) post, Bjarnason sums up with a contention that “We have to make ebooks worth it.”

We are facing the very real risk of limiting ebooks to the role, market position, and capabilities of mass market paperbacks. Remove paperbacks. Add ebooks. Keep the overall system the same with few changes, maybe a bit of consolidation.

I would point out that, for people who just want to read mass market books, e-books are “worth it” already. But I’ll agree that they could be made more worthwhile for other people too.

He suggests there should be more and better tools for reading, writing, and learning from books, “democratized” tools for creating them, “more peer-like” relationships between writers and readers, and various other ideas for improving things.

The problem that we run into, though, is how do we bell the cat? Bjarnason doesn’t offer any suggestions about how to make them actually happen. Who even can bell the cat in today’s publishing environment, when most e-books are still sold locked down and locked into one reader format with DRM? Back in the day, some e-book companies might license their DRM to each other, as eReader did for Stanza, but given how much a part of every major e-book store’s strategy vendor lock-in is I don’t see that happening now.

So you only see innovation in readers like Marvin that work together with Calibre, Dropbox, and other useful applications, but just do DRM-free which means the vast majority of readers who have no ability (or desire) to unlock their books will miss out.

Unless, of course, more publishers drop DRM from their books. It’s hard to imagine that happening, given that they’ve historically clung to it like a wino to his bottle. I remember when Tor first tried to go DRM-free and didn’t even make it a whole day before a Holtzbrinck exec put the brakes on. eReader veteran John Siracusa wrote that one publisher even commissioned a Department of Defense-level security analysis on eReader’s DRM.

But on the other hand, publishers are starting to wake up to the realization that DRM is a sword that cuts both ways, or perhaps a handcuff that locks the cop to the prisoner as well as the prisoner to the cop would be a better analogy. With the platform lock-in DRM allowed, they essentially handed Amazon the keys to the kingdom, though they didn’t realize it at the time. And their “solution” to this problem got them dragged into antitrust court and saddled with settlements that return things to the old status quo temporarily—and if the penalties against Apple go as expected, it could throw a wrench into their spokes for years to come.

But if the publishers have learned their lesson, and they’re serious about wanting to give people incentive to buy from other places besides Amazon, maybe they might start listening to people like Matteo Berlucchi who suggested they all go DRM-free, and follow the examples of Baen and Tor’s more successful second attempt to drop DRM. After all, running sales in other places can only go so far. E-book fans aren’t going to want to have some books on one platform and some on another, so that could keep them from buying things that they can’t use with their “main” reader.

Dropping DRM would give third party readers such as Marvin more room to innovate, and give people more incentive to use them. But even if that happened, I have to wonder just how many people would bother. Sure e-books could be more than they are, but most of the people who use them now use them for what they are. If you build a specialized e-reader, will people come?

Still, we’ll never know if it doesn’t happen. And I for one would love to see it get the chance. I’m still skeptical more e-publishers will follow the trail blazed by Baen and Tor, but I didn’t expect music studios to drop DRM on their MP3s so soon after the scourge of Napster either. So maybe we’ll see.