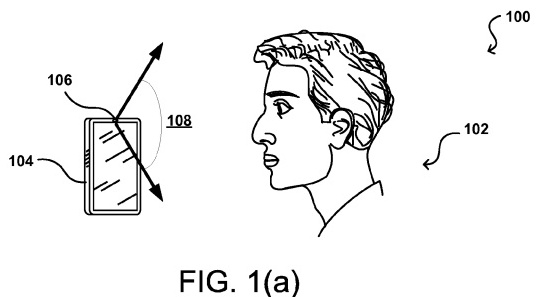 Amazon has filed a U.S. patent application for “Image Analysis for User Identification,” enabling users to authenticate payments with a selfie. And the Bezos Behemoth already appears to be planning to integrate the service with the rest of its platform, including ebook readers.

Amazon is clearly going beyond simple facial recognition, which is just as well considering the potential for hacking that. “A transaction is authorized using an authentication process that prompts the user to perform an action in view of a camera or sensor,” the filing states. “The process identifies the user and verifies that the user requesting the transaction is a living human being. The user is identified using image information which is processed utilizing facial recognition. The device verifies that the image information corresponds to a living human using one or more human-verification processes. The device prompts the user to perform an action to confirm the transaction, and causes the transaction to be performed after verifying performance of the action by the identified user.”

Human verification and actions in this context apparently means some kind of gesture, expression, or other action to confirm that the person is not only real, but actually responding to the transaction process. As biometrics go, it may still be hackable, but Amazon is clearly ready to take that chance, with appropriate built-in safety measures.

Amazon also seems to be making some allowances for Kindles, Fires and other ebook readers and Amazon devices in the filing. “Although a portable computing device (e.g., a smart phone, an e-book reader, or tablet computer) is shown, it should be understood that various other types of electronic devices that are capable of determining and processing input can be used,” the application says. It also states that the chosen image “can be automatically synchronized to multiple devices for the user, such as a mobile phone, a tablet computer, an e-book reader, and the like.”

Exactly where this is taking Amazon’s whole platform isn’t fully clear.  Amazon does provide long and perhaps rather lame excuses for why this system beats password authentication. “These passwords can be stolen or discovered by other persons who can impersonate the user for any of a variety of tasks. Further, the entry of these passwords on portable devices is not user friendly in many cases, as the small touchscreen or keyboard elements can be difficult to accurately select using a relatively large human finger, and can require the user to turn away from friends or co-workers when entering a password, which can be awkward or embarrassing in many situations.”

Whether you buy such reasoning is up to you. What it does indicated is that Amazon is throwing even more effort behind mobile ecommerce, and is  expecting most transactions to be done on smartphones or mobile devices. And considering how closely integrated Amazon Prime and the Kindle Store are with Amazon’s existing devices and apps, it looks as if Amazon is also sweeping even wider to catch transactions in even more contexts. Smile for your Kindle ebook? It may be about to happen.