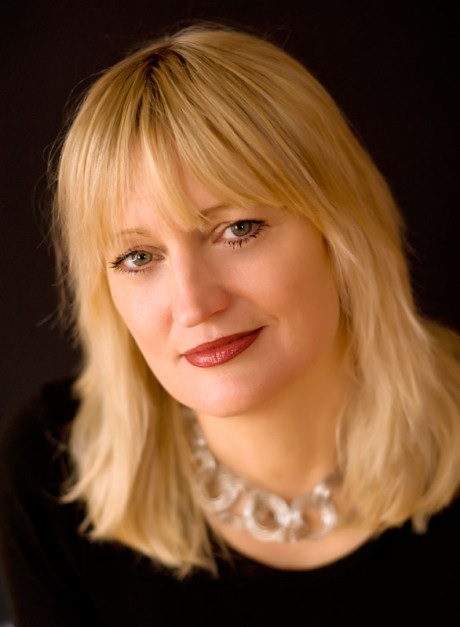 First, let me say I understand your decision, as detailed in The Guardian, to embrace poverty through traditional publishing, while refusing to self-publish. After all, publishing multinationals like Penguin Random House are denying you a fair share of your own earnings while they grow fatter than ever. (Oh, and they’re not sharing the revenues with their staff any more than their authors.) So if they won’t enable you to do well, you might as well find other ways to feel good. Never mind bigoted anarchists like the Society of Authors and their campaign for fair contracts, eh? Never mind that many other successful writers actually self-published before it was A Thing.  Espouse virtuous poverty – cheered on by billions-banking Big Publishing as it profits from your piety.

Still, rather than simply snark, I’m going to do your arguments the justice of addressing them point by point. Partly because I admired and respected your prize-winning debut work The Marlowe Papers, and enjoyed the conversation we had about it. And I do think the advance for your most recent novel was pitiful, but I think you’re a little off beam in your response to it. Plus, I’d hate to think of you unwittingly propping up corporate interests that beggar your fellow writers. Or being swayed by The Guardian‘s track record as Big Publishing’s Most Useful Idiot, attacking Amazon on every ground conceivable, while soft-pedaling criticism of traditional Big Media interests like Murdoch-owned HarperCollins. So, kindly see below.

You say that as a self-published author, “You have to forget writing for a living.” I’m a bit confused by this. As detailed by the Authors Licensing and Collecting Society and seconded by the SoA, UK authors are enduring terrible income conditions, courtesy of traditional publishing. Philip Pullman may have called out Amazon on this, but the SoA and ALCS didn’t. Looks like traditional publishing isn’t going to enable you to live as a writer either. And if you compare the 90 percent of your time that you claim a self-published author has to spend on marketing with the amount of time you won’t be able to spend on writing because you can’t earn enough through trad publishing, it’s not very different, right?

Furthermore, “self-publishing can make you behave like a fool.” In other words, like a committed writer who actually wants other people to read and support their stuff? Now you may or may not have to do this as a traditional writer, but if you don’t, are you surprised that your income is so low? If you want to find scads of examples of writers plugged into the self-promotion game, years or decades before self-publishing was even a blip on the book world’s horizon, trust me, Google is your friend. I’ll give HuffPo the word on this: “There’s a third, essential element of becoming a successful author that many writers shun: self-promotion.” Your call yes or no, but trad publishing asks it of you as much as self-publishing.

Maybe “Gatekeepers are saving you from your own ego.” But what good writing tutor, literary mentor, critic, or fellow toiling scribbler ever enjoined aspirants not to write simply because ego? The slush pile was mountainous enough before self-publishing appeared. Seems like back in the day, gatekeepers never saved anyone from actually writing that stuff. Bothering the rest of the world with it, maybe, but Amazon and other self-publishing channels don’t exactly parade that stuff in front of you if you don’t want it either.

And yes, “Good writers become good because they undertake an apprenticeship. Serving your apprenticeship is important.” But increasingly, that apprenticeship is worked out online, in discussion forums, writers’ groups, etc. I’m not making any claims for the prose of Fifty Shades by pointing out its origins in online fan forums and writing groups. And there’s a danger in thinking that the world owes you a living solely because you’ve paid your dues and ticked the customary boxes.

You have a point that “You can forget Hay festival and the Booker.” But is that the fault of self-publishing? If there’s good actual literary work being done out there, why should you chime in to endorse the house view that: “self-published books are not eligible for major prizes like the Baileys, the Costa and the Man Booker, and getting shortlisted for major prizes is the only way a literary novel will become a bestseller”? Do you actually think that this is a good thing? I mean, are we supposed to simply assume that no good literary fiction has ever been written anywhere by any self-published author? A little unrealistic, no? Should such literary prizes be applauded and endorsed for a blanket refusal to consider a whole class of widely popular writing with a huge audience?

Plus, God forbid, “You risk looking like an amateur.” Now, I know that impostor syndrome is the curse of writers and creatives everywhere, and that we often crave endorsement and validation just to convince ourselves that what we’re doing is any good. If you don’t take my word for it, talk to Neil Gaiman. But increasingly, it’s not true that “Good writers need even better editors. They need brilliant cover designers. They need imaginative marketers and well-connected publicists.” Because signs are that traditional publishers are often in fact pretty cack-handed at that part of the job, and though they may not charge you for it, take away even more from your income by locking you into their processes. After all, the moment they face a serious alternative challenge to their control of distribution channels – a.k.a. self-publishing – what happens? Their market share starts falling. Writerly insecurity really doesn’t need that kind of therapy.

And of course, “70 percent of nothing is nothing” and “You can put all of that effort in, do all that marketing, and still not make a living.” But increasingly it ain’t so. I don’t need to plead the example of Andy Weir or E.L. James, although shorn of literary snob value, those are pretty fair instances of success. And some proponents maintain that self-publishing will save literary fiction. There’s now plenty of statistical evidence that, if you want to get onto the ebook bestseller lists on Amazon at least, even in the UK, you stand a far better percentage chance of doing so by either self-publishing or going with a small or indie publisher. And yes, you have even more of an advantage on Amazon US. But then, thanks to the miracle of self-publishing, even as a UK author, you’re not limited to Amazon.co.uk either, are you?

Finally, there’s one tail-end point that you don’t advance as one of your major arguments, but that might have fed into a lot of them – and which I’ve certainly seen instanced by other writers, including Philip Pullman. You berate self-publishing because, “with Amazon’s Kindle and CreateSpace as the major outlets, it continues to put money in the coffers of the company largely responsible for destroying author incomes in the first place.”

Well, is that really so? Because the SoA/ALCS campaigns for fairer contract terms and better financial compensation for writers do not, repeat not, repeat not (and how many times to I have to repeat it before this totally obvious point gets through?) call out Amazon for its effect on author incomes. The C.R.E.A.T.O.R. terms that the SoA advances as crucial to restoring author incomes are all about contract terms with traditional publishers. Fine, they could apply to Amazon too. But I notice that the SoA, in its latest update on its campaign, notes that it has met with publishers “including Profile, Penguin Random House, Macmillan, Canongate, Faber and Faber, Harper Collins and Hachette.” Amazon is conspicuously missing, no? Because again and again, there are piles of evidence to show that Amazon and self-publishing and the ebook ecosystem were not responsible for destroying author incomes. Big Publishing was. Big Publishing, meanwhile, continues to do very nicely out of revenues that authors see too little of. And if the Society of Authors, the authors’ trade union, really felt that Amazon and self-publishing were the root of author income erosion, don’t you think they’d be campaigning so volubly about that instead?

Plus, even if you do object to Amazon, it’s definitely not the only way to go. Smashwords has been putting itself forward very effectively as a popular alternative platform. Similar story with Lulu, in business since 2002. Or you can absolutely do it yourself and simply create your own ebook for download from your own website. Don’t knock it – in certain instances it can work. And Amazon doesn’t own the internet.

Eschewing self-publishing is a career choice for a writer, yes. You can go either way: the traditional route or the new route. There may be very good personal reasons for choosing one or the other. But some kind of moral or cultural stand? That the rest of us should fall in line behind? Give me a break.

(p.s. You may think I’ve linked too many of my own previous rants in replying to you. But it was the quickest way to pull together the underlying evidence and instances that I’ve linked in those articles. If you want to see the actual substance behind my rebuttals, do please go ahead and delve into the detail. There’s plenty of it.) 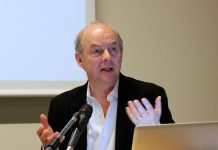