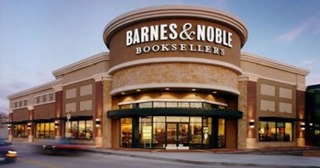 I’ve been accused of having it in for Barnes & Noble, but the truth is, I’d actually prefer to see Barnes & Noble do well. Amazon’s doing a great job of customer satisfaction at the moment, but there ought to be a worthy competitor around who can hold its feet to the fire—someone to make sure Amazon can’t just rest on its laurels but has to keep improving. The thing is, it doesn’t look like Barnes & Noble is that competitor.

We’ve already covered a few of B&N’s recent mistakes over the last few days, but Michael Kozlowski at GoodEReader has compiled a sort of “greatest hits” collection of some of B&N’s more memorable gaffes—disabling sideloading of apps, disabling international e-book stores with little warning, and so on. And on The Digital Reader, Rich Adin has a guest post going over his misadventures with Barnes & Noble customer service after he preordered a book and got it shipped to him for full price whereas it was now selling for almost $10 less. Amazon would have sent it to him at the current price as a matter of course, but both the B&N customer service rep and the supervisor he spoke to simply told him B&N didn’t match prices and that was that.

The comments on both posts are replete with Barnes & Noble ex-customers who at first tried to support the company for the sake of giving Amazon a competitor, but ended up going elsewhere after B&N rebuffed their efforts. If you take Barnes & Noble’s behavior at face value, it almost seems as if the business simply doesn’t want to keep its customers.

My second college degree was a business degree, so I’ve had plenty of business courses. And one thing you learn in those courses is that customer satisfaction is important. If you can’t satisfy customers the way things are, you change the way things are until you can. But Barnes & Noble simply hasn’t bothered. It keeps switching in new CEOs, but it doesn’t seem to be interested in doing more with its stores than adding toy sections, game nights, and liquor licenses.

Again, Barnes & Noble has been going on like this for years now. It can’t be that only its customers have noticed. Surely people who work for the Big Five publishers buy books, too, and have ample reasons of their own not to want to buy from Amazon. It can’t have escaped the notice of anyone who buys books from Barnes & Noble that its customer service is abysmal.

In an era when stores like Best Buy, Micro Center, and Fry’s Electronics all price-match their online competitors as a matter of course, Barnes & Noble doesn’t even price-match itself. Order a book from BN.com for pickup at a B&N brick and mortar store and you get charged the store’s price, not the website’s. It’s all well and good to say that the businesses are separate entities and you can’t get goods from one at the other’s price, but that’s just an excuse. It’s not a solution. And it will drive customers away to one of those competitors who will do what you won’t.

Of course, Best Buy, Micro Center, and Fry’s Electronics are all electronics stores, not bookstores. If you want a new book right away, and there aren’t any other bookstores around, it’s basically Barnes & Noble or nothing. That’s allowed B&N to continue to coast along without having to worry about pesky little things like customer service.

But now Amazon’s started opening bookstores of its own—just the one so far with plans for another, but it’s also started opening local delivery pickups here and there. Who knows how many of both types of location they actually want to open? And Amazon’s bookstores do feature the same prices as its web site.

Small wonder that Barnes & Noble and other bookstores might be worried about these new locations—and that the publishers are definitely worried about these new locations. They know, if B&N’s board doesn’t seem to, that given the choice between B&N’s customer service hell and a smaller but more responsive (and better priced) local Amazon store, customers will happily give Amazon their business. And that’s bad news for Barnes & Noble—which is in turn bad news for those Big Five publishers. How will it be if, after the publishers have gone to all the trouble of implementing agency pricing in order to try to keep e-book sales down and print book sales up, they finally end up losing the one remaining big print bookstore chain?

But Barnes & Noble doesn’t even seem to realize it has a problem. Look at this account of B&N’s self-congratulatory presentation at Digital Book World:

B&N has a variety of channels for reaching customers and fulfilling orders, he noted. Besides the standard model of shopping in stores or buying online and having books shipped directly to them from warehouses, customers can, for example, buy online and have books shipped from one of B&N’s 640 stores when inventory runs out in a B&N warehouse. “In our case, you can think of 640 stores as essentially 640 distribution centers,” he said. “It’s great for customers,” who often get shipments faster from nearby stores. Many times, B&N ships to its stores, where customers pick up orders. He added that it’s important to have all those channels available on desktop and on mobile, which now accounts for more than 50% of online traffic.

No acknowledgement of the price differential when B&N ships orders to those stores for customers to pick them up. Do you think he even realizes there’s an issue?

But I suppose either Barnes & Noble will learn, or it won’t. It will improve, or it will go out of business.

I really do hope it improves.