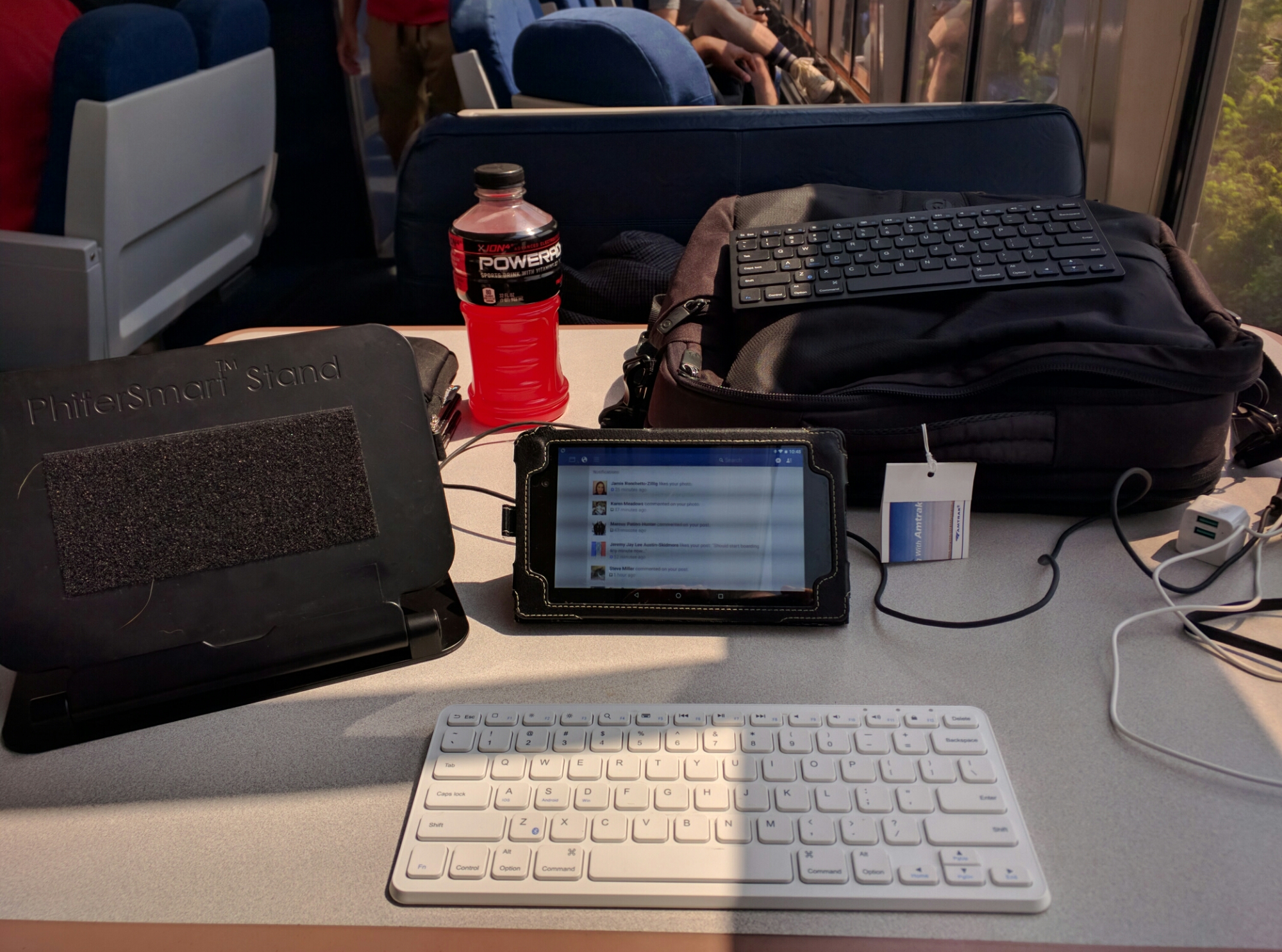 I’m ensconced in the lounge car of an Amtrak train en route to Chicago—one of those places that’s supposed to be paradise for writers wanting to get things done. So I think it’s about time I try it out.

This has been a mobile device sort of trip, as I traveled down to my parents’ 50th-anniversary celebration dinner with four tablets plus my Paperwhite: my Nexus 7, Amazon Fire, iPad Mini 2, and Nook HD. I brought along my two keyboards, my cases and PhiferSmart tablet easel, eight USB battery packs, and of course my Karma Go. For all of that, I haven’t managed to get a whole lot of writing in. Too much family time. 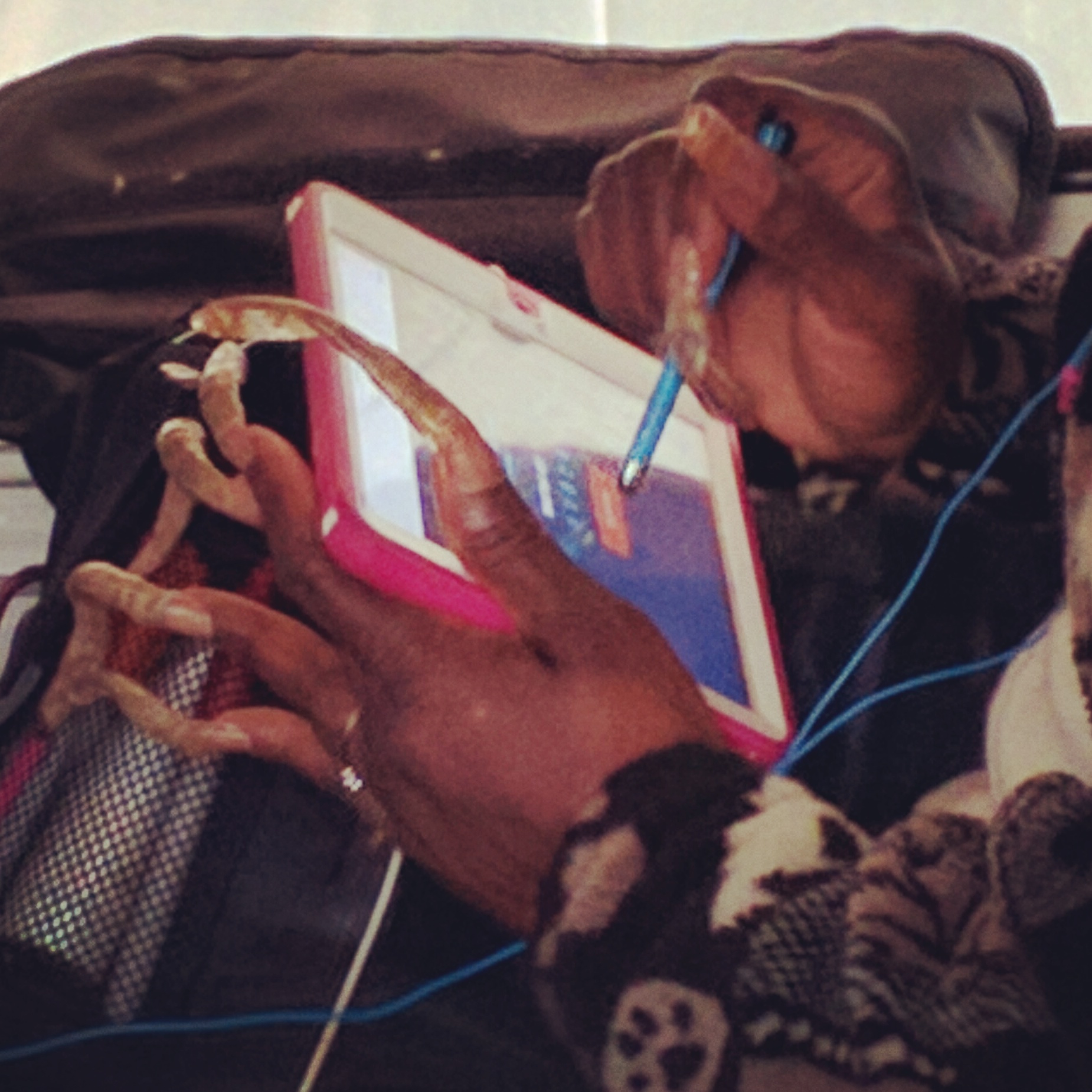 For all of that, it’s amazing how many people have mobile devices now. As I look around me in the Amtrak lounge car, I see very few people without some kind of device. When I boarded and took a seat in a coach car, the woman across the aisle from me was using an iPad with a stylus pen, on account of having incredibly long fingernails.

(Who even grows their nails out like that? They’re far past the point of looking attractive, and I can only imagine how hard they would make getting along in day-to-day life. Is it some sort of religious observance, perhaps? In any event, it’s nice she’s not letting that keep her from using mobile devices.)

My niece and nephews had mobile devices of their own (old cellphones and video game consoles) to use on the way down, mostly for playing games or listening to music. My sister-in-law had a cheap Go Phone with a broken screen that she was just holding onto until she could get something better, and expressed annoyance that Facebook is now forcing people to install Messenger to view Facebook instant messages—the phone has so little room that she effectively has to install either Facebook or Messenger, and switch them out every so often to use some other function.

It occurs to me that’s a problem people are increasingly going to face as they use low-end, inexpensive devices like that $10 TracFone to read e-books. These devices often have very little memory, so if you’re going to read e-books on them, even the amount of space taken up by installing more than one e-reader app could be too much. 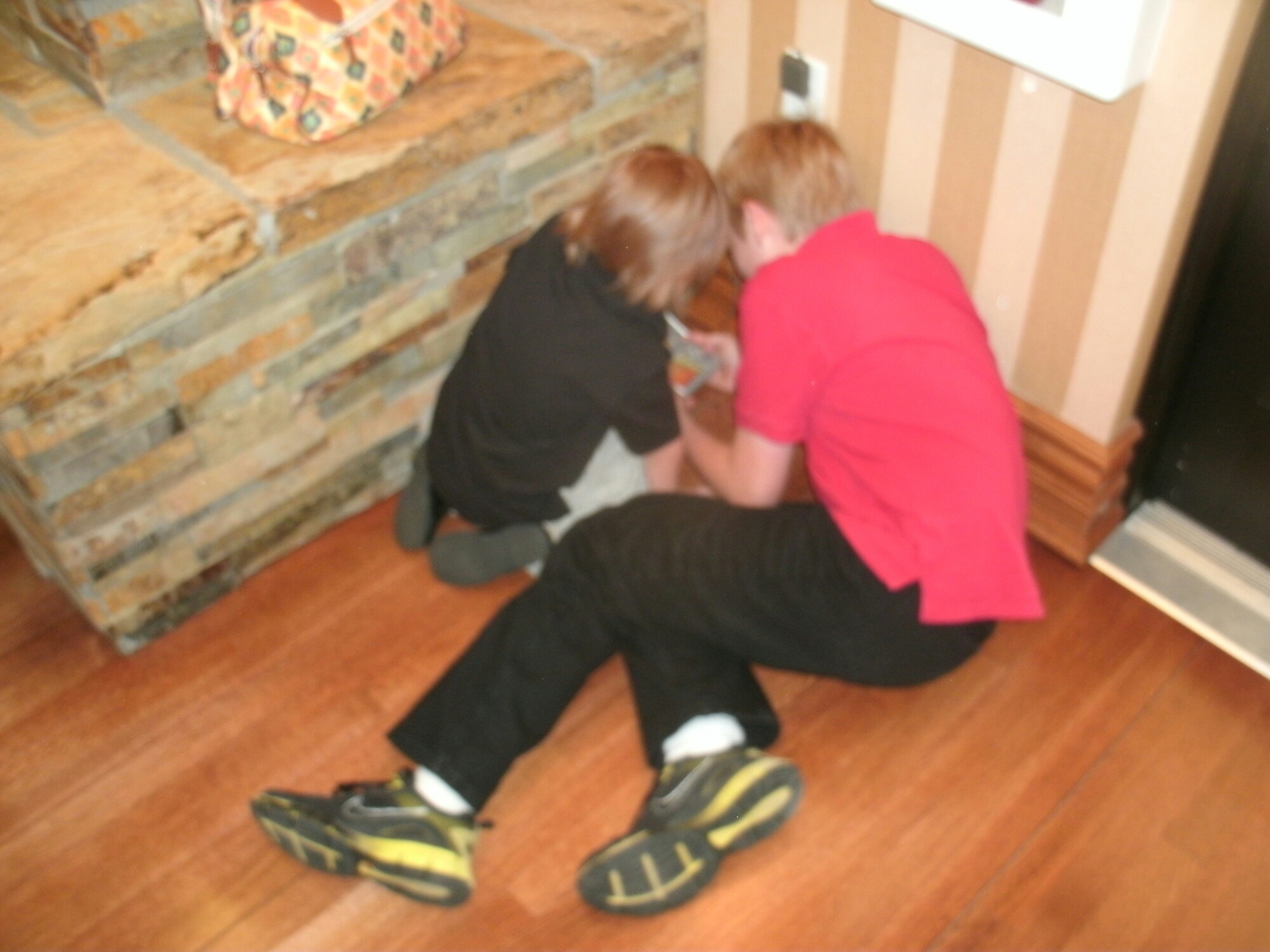 At the anniversary dinner itself, the adults all happily mingled and chatted, while the kids too young to know most of the people scampered around together, causing two-steppers on the dance floor to have to pay extra attention to where they were going. But there were also cases where kids congregated to discuss the finer points of some video game they were playing, or else just found the devices more compelling in general than social interaction (boy have I ever been there!) 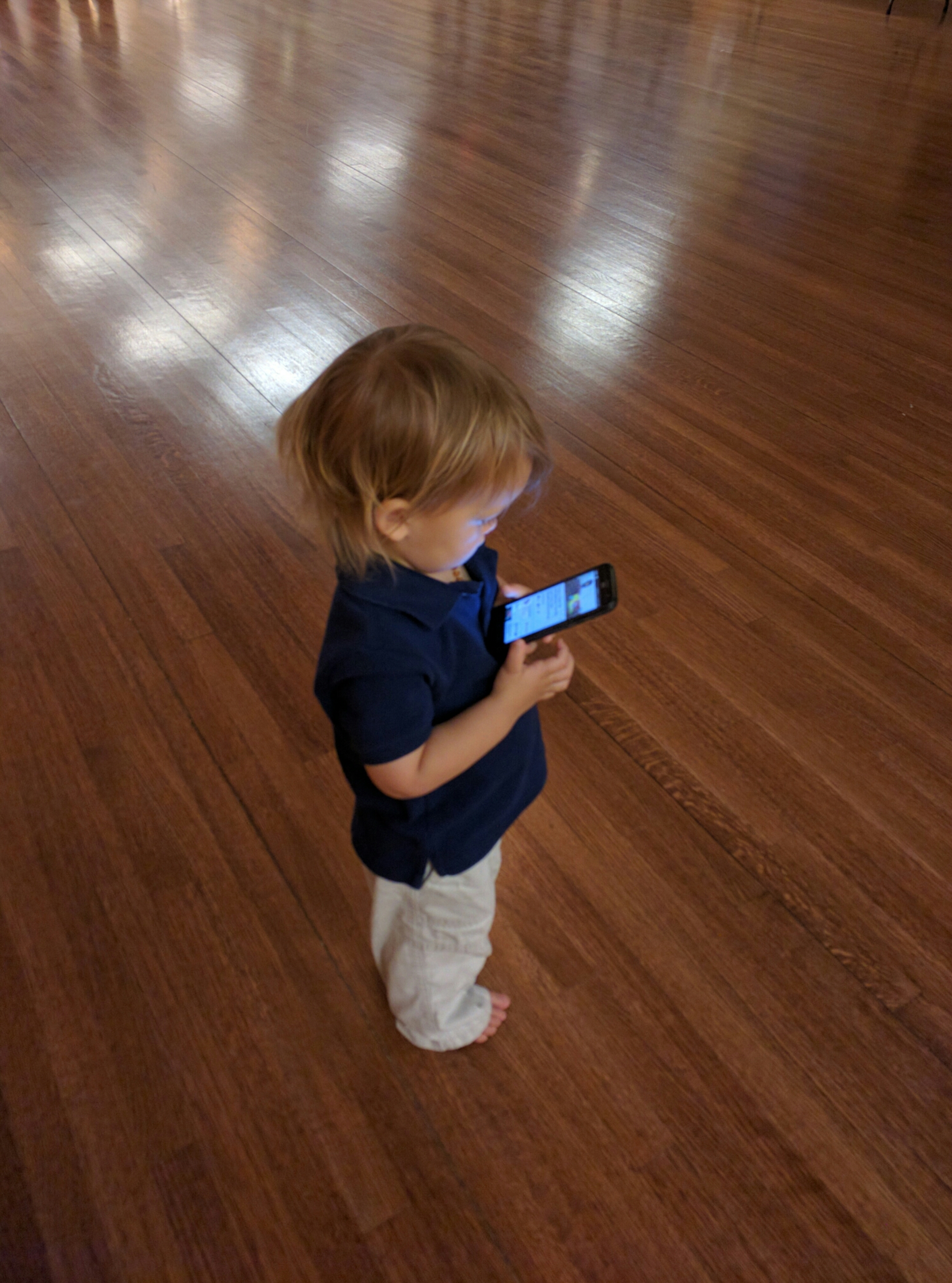 On the first leg of the trip back, I rode back with my brother and sister-in-law to St. Louis, spending much of it watching a movie with a friend by way of the Rabb.it shared browser. The experience wasn’t ideal, but it was feasible—and another example of the way mobile device tech is getting better and better.

So now, here I am in the lounge of a train, sitting still waiting for a signal to go ahead, just outside of Springfield, Illinois. I have my four tablets and my smartphone spread out in front of me, and my Karma Go has picked up five guests so far this trip, netting me 500 megabytes of bandwidth. There are power outlets everywhere for plugging in. This is definitely a nice environment for writing, and I can see where Amtrak got the idea of trying to sell writers on working here.

Now I just need to see if I can get a few more blog posts in while I’m trundling along by train.