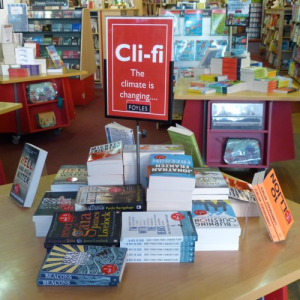 Since climatologist Judith Curry ran a blog post in December 2012 titled simply “Cli Fi” about the rise of a new genre she pegged as cli-fi, with a radio segment on NPR picking up on her post and interviewing several novelists, the cli-fi meme has been in the air.

Dozens, hundreds of news articles and web posts about the “mushrooming” new genre have appeared since 2013, from the New York Times to the New Yorker magazine in America to the Guardian and Financial Times in Great Britain.

But what about the publishing industry? Have any editors or publishers or agents spoken publicly about cli-fi and how they intend to publish in that genre? For the most part, nobody on Publisher’s Row in Manhattan has said a word. Editors and literary agents have remained mum.

Except for one enterprising book agent in New York named Diana Rissetto.

In a recent piece in early April in Canada, Tyler Hamilton popped a good question : ”Will the rise of “cli-fi” spur youth into climate action?” His subheadline read: ”Climate-themed fiction could be more effective than non-fiction at raising awareness of an unfolding global crisis.”

Four years ago, Hamilton himself, having just published a book of non-fiction, was drawn to the idea of experimenting with fiction writing, he noted, adding: “Specifically, I wanted to write a dystopian novel that was a cross between ”Logan’s Run” and ”Blade Runner.”

His storyline? “Climate change and the eventual draconian measures to keep it under control — declining country-assigned population caps, for one — would drive the narrative through characters who, in an increasingly carbon-constrained world, suddenly and unexpectedly found themselves among society’s most vulnerable.”

I don’t know if Hamilton has finished his cli-fi novel or if he is at this very moment shopping it around to agents and editors, but he mentioned in his piece that Rissetto is a New York-based publicity agent for self-published authors, and that she had approached him last November about possibly reviewing a new cli-fi novel titled ”Carbon Black” by Declan Milling. The novel was later reviewed in the website Hamilton edits, ”Corporate Knights: The Magazine for Clean Capitalism.”

Disclosure: Rissetto also approached me last year about reviewing Milling’s book on my blog Cli-Fi Central blog and I did and was happy to do so.

So Hamilton asked Rissetto if she’d by any chance seen a rise in the number of self-published cli-fi books crossing her desk in recent months.

“Actually, yes!” she told Hamilton. “We’ve had three in just the past few months.” Prior to that, she hadn’t seen any. Hamilton said.

Wanting to know more about this, I asked Rissetto if she could elaborate on what she had told Tyler.

“Many of the books we work with are written by self-published and unknown authors, which automatically makes it more challenging to secure press in outlets such as the New York Times or the Washington Post, regardless of what kind of a [genre] book it is, “she told Teleread. ”However, we are quite relentless in our pursuits and have had our authors featured by major press. We do think the world is becoming more welcoming to self-published authors, and this is a fantastic sign.”

“As for cli-fi, we have had four books this past year alone in the genre,” she said. 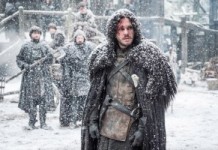 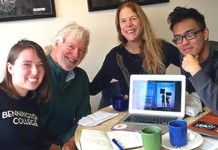