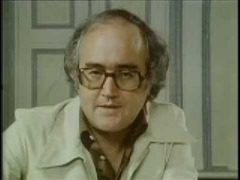 It began when a friend and co-writer pointed me at the 1978 British TV series Connections by James Burke, which he said had inspired him to major in history. Interested, I looked around to see what I could find out about it.

The first thing I happened upon was an episode of the 1997 sequel series Connections3, which began with Burke using an Apple laptop and a satellite phone to dial into CompuServe from a remote area of India, then make an astoundingly accurate prediction about how virtual agent software could pose a threat to personal privacy—a prediction which is even now being proved right, nearly 20 years later, by Siri, Google Now, and Cortana.

I’m told that in the original 1978 series, tracing the connections from one event to another effectively allowed him to predict the growth of the Internet, among other things, and I’m looking forward to diving into it when I have a chance. (I found the first episode on DailyMotion here, though have yet to watch it.) Burke’s series are all about tracing the connections from one historical figure, incident, or phenomenon to another, in a sort of historical “seven degrees of separation” game that demonstrates how history isn’t simply a series of events, but a web of events that interconnect and influence each other.

Burke also founded the James Burke Institute for Innovation in Education and its Knowledge Web project, which is intended to use hypertext technology to “map the interior landscape of human thought and experience.” Details on exactly what this will entail are not entirely clear, but from the way it talks about letting people “explore information in a highly interconnected, holistic way,” it sounds like a more curated and focused version of Wikipedia crossed with interactive textbooks.

This 2006 video overview of the project has all the hallmarks of an experiment in hypertext from the early days of the web, and demonstrates tracing unlikely connections from one person to another via a series of hypertext links that go from the astronomer Copernicus through a half dozen intermediaries, eventually ending up with General Santa Anna, who introduced chewing gum to the Americas. Knowledge Web originally posted project updates to a blog, but now uses a Facebook page; it also has a list of links to various related media elsewhere. (Ironically, one of them, linking to Connections episodes posted to YouTube, leads to an account that has been disabled for copyright violations.)

At the time his original TV series was on the air, James Burke also wrote a tie-in book, Connections, in which he goes into many of the same types of connections he covers on the show. And you can buy this book in e-book form—if you’re willing to spend $19 on a title that was written in 1978 (albeit featuring “a new preface by the author”). Seriously, Amazon lists this book for $18.99 for Kindle from Simon and Schuster, which means it will also be $18.99 in any other format from any other e-book retailer that offers it, agency pricing being what it is. The paperback is $14.87;  older editions of the hardcover can be had used for as little as 77 cents plus shipping.

I suppose the high cost of the e-book is a testament to the way Burke’s ideas have stood the test of time. But at the same time, it’s also a testament to how out of touch publishers are, and how ridiculous agency pricing is. Oh well—I’ll just put a request in to my local library and get it that way, I suppose.

Meanwhile, I am looking forward to delving into all the connections Burke has traced throughout history in such episodes of his series as can readily be found online—and into exploring his Knowledge Web if the project ever comes to fruition. 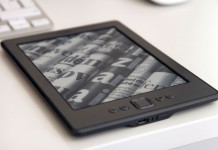 Are e-books really that important to Amazon? 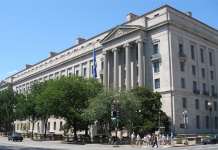 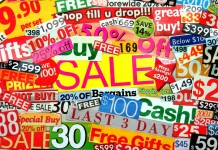