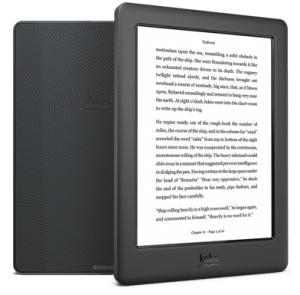 Trying On Apple Watch, Including $17K Edition (Video) (Re/Code)
The hands-on experience began yesterday at Apple Stores around the world, so I visited my local Apple Store in Washington, D.C., to see what it was like.
***

The Life-Changing Magic of Downsizing Your Book Collection (Book Riot)
In honor of the BYOB Book Drive on April 23, Jenn is subjecting her overflowing bookshelves to some spring cleaning.
***

Kobo H2O vs Kobo Glo HD – Full Comparison (GoodeReader)
The current e-reader product line from Kobo consist of the Aura, H2O and Glow HD. Word has it that there is a second generation Mini on the way, but it will likely be released within six months.
***