Ubuntu’s rather delayed attempt to crack the mobile market with a Linux-based mobile phone is getting even more attention than it otherwise might, not only because of its transition to an open source OS, but also because of its replacement for apps: Scopes. Ubuntu descibes these as: “a world away from the traditional app icon grid … Scopes are a new UI paradigm, designed to deliver content and services directly to categorised home screens, giving users a rich, unfragmented experience. Developers have a new way to create app-like experiences that are easier to discover, build, and are integral to the OS.”

Jay Cassano headlines coverage of this in Fast Company with “Here’s Why That’s Brilliant.” He dives into details on the current economics of app development, which would skew the playing field against Ubunut’s parent company Canonical – if they tried to play in the same game. Scopes, meanwhile,  “bring together content and services from multiple sources and deliver them as a unified experience. For example, the video scope will display multiple video sources like YouTube and Vimeo in addition to your own recorded videos.”

So says Ubuntu. And of course, it’s not hard to imagine an FBReader Scope, for instance  – or a Kindle branded Scope that has the usual Amazon DRM built in. And as Ubuntu adds, developers can “create gorgeous native apps or lightweight HTML5 apps easily, with our SDK. Repurpose web apps fast, so they look and work like their native cousins.”

But what this all ought to be calling into question is the whole notion of apps themselves. Users surely know by now that many of these are not programs, just fancily packaged scripts or internet front ends. Of course that doesn’t apply to full-on mobile games – but many of these can now be played in the browser anyway. And ultimately, what sense is there having the digital processing heavy lifting in an always-connected mobile device when upstream facilities can do it instead? That goes against the entire logic of a mobile network. And why would mobile app developers waste time and resources building ever chunkier apps for mobile devices when their desktop peers have been going in exactly the opposite direction by moving software to the cloud? And if you think connectivity is the issue, just remember that there is nothing your cellular provider would like more than to make you pay more for always-reliable connectivity to power your apps.

Microsoft already had this in mind when they came up with their still underappreciated UI paradigm of tiles. Android has something similar through widgets, as Cassano acknowledges. But Canonical may have got around the whole app bloat – and App Store bloat – problem by undermining the whole notion of apps completely. Perhaps it’s about time. 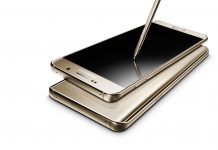 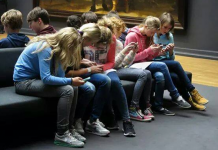