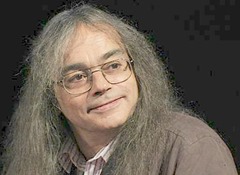 When it comes to translating science fiction novels from France, Germany, Italy or Japan (and other non-English speaking nations), the U.S. publishing industry has a rather dismal track record.

Yes, Tor Books published a popular sci-fi novel from China by Cixin Liu, “The Three-Body Problem,” and not only did it win over readers in translation the by American sci-fi author Ken Lui, but Liu’s novel also won the “Best Novel” prize at the 2015 Hugo Awards. In addition, the 2015 Xingyun (”Nebula”) Award for Global Chinese Science Fiction was recently announced in communist China, with the best achievement prize awarded to Liu in his home country.

Published by Tor Books in November 2014, Liu’s novel shows the possibilities for future translations of non-English language sci-fi. In addition, Amazon has recently announced that it intends to pour more money its own translations of books from foreign countries, with a reported pot of $1 million to get the AmazonCrossing project rolling.

But in fact, the U.S. is still not translating enough books. As an example of the issues here, I’d like to introduce American readers today to an important sci-fi novelist from France, who writes only in French and has not yet been able to find a publisher in the U.S. or Britain. 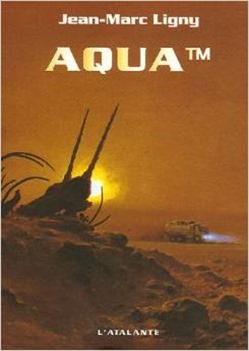 Meet Jean-Marc Ligny, born in 1956, and one of the top novelists writing sci-fi with climate themes in all of Europe. His most popular novel in France is titled “AquaTM” and it was released in 2006. It has sold over 10,000 copies in France, according to publishing sources in Paris, and about 5,000 copies in Germany in translation. Ligny told me in a recent email that 1 million copies of “AquaTM” were printed in China, although he added: “I’m not sure how many copies were actually sold.” Now Ligny, and his French publisher L’Atalante, have their sights on a U.S. edition. Ligny’s three climate-crisis novels Aqua™ (2006), Exodes (2012) and Semences (2015) have yet to be translated into English. His publisher has generously sent me English-language summaries, draft translations of the first several chapters of the first two novels, and an English translation of a 2012 interview with French SF blogger Gromovar. In addition to foreign rights sales to Germany and China, “AquaTM” has been optioned for a film in France, too.

The plot goes like this: In 2030 drinking water has taken over from oil as the most precious and vital commodity that people and nations are fighting over. It is, of course, a situation brought on by drought and man-made global warming. In a drought-stricken African country, a scientist, with the help of a pirated satellite picture, finds an underground water layer in its territory, but it does not all end happily. Ligny writes sci-fi with panache and with a vision, so be prepared. TeleRead offers a translation of the prologue and first chapter here.

Lingo visited Florida in October, he told me, noting that he was invited to attend a university colloquium titled “Imagining climate change” at the University of Florida.

“I’ve written three SF novels about climate change and one for YA readers, and while I am identified in France as a sci-fi writer, I am also comfortable to be considered as a ‘cli-fi’ writer,” he said. “However, this cli-fi term is not used often in France. and there’s also not many SF authors here writing about climate change, either. It’s my dream now, and has been for several years, to find a U.S. publisher for my work.”