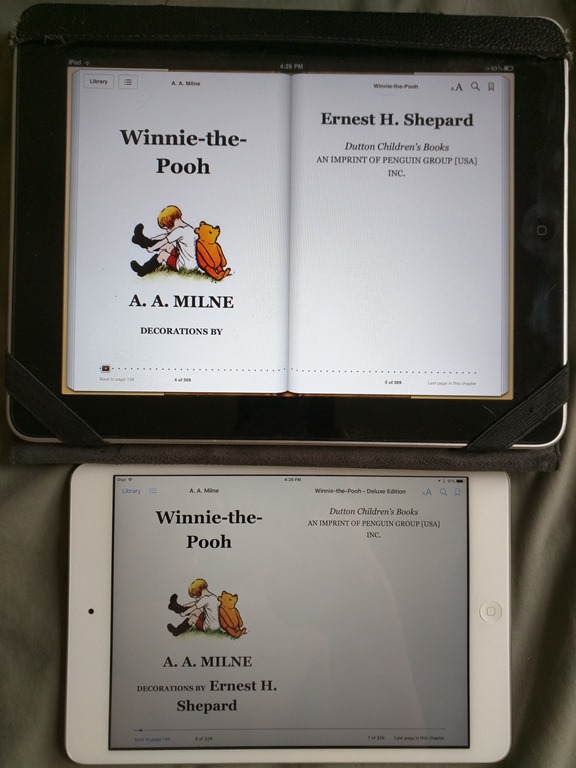 How long will you hold onto your iPad or iPhone? Will it matter how old it is if it still does everything you want it to, such as reading e-books? Or will you trade up to something newer and shinier?

CNet’s David Carnoy has a piece looking at Apple’s assumptions concerning how long consumers will continue to use a given device. As part of an environmental impact study, Apple explained it assumes customers will hold onto OS X and tvOS devices for four years, and iOS and watchOS devices for three years. It doesn’t necessarily mean the useful life of those devices is over—the customers may pass them on to friends or family members when they trade up to a new one.

Carnoy wonders whether that number will stay steady or if it might increase over time as devices become more powerful and there’s less impetus to upgrade.

The question of device longevity is one that does concern me, given that the iPad Mini 2 I just got is two years old already and may not make the transition to the next version of iOS—or if it does, it certainly won’t get the one after that. But if it doesn’t, does that mean it’s going to be effectively useless in a few more years?

When you get right down to it, it’s hard to say. My first-generation iPad might be a low-resolution relic, but it can still read e-books. The most recent versions of the Kindle, Nook, iBooks, and Kobo apps that will install on it will still connect to their respective e-book stores and download purchases. A number of other old applications still work to varying degrees, too, but even if they didn’t, it would still make a reasonable e-book reader and web browser if nothing else.

My iPad Mini 2 is even better at this point. It has a much better screen, for one thing. Also, the wider variety of apps currently available are all much more capable than the ones on the original device—and there are even more e-reading apps available, such as Marvin and Gerty, that will continue to work in the future even if iOS changes lock them out of new updates down the road. So even if Apple decides in its infinite wisdom that I don’t need a new OS once the Mini 2 has its third birthday, it’ll still continue to be useful for the foreseeable future.

That said, I could wish Apple was more supportive of older hardware. The most-recent-compatible-version feature is a nice touch, and it will be even more useful for the Mini 2 than for the first-gen iPad when it gets to that age—but is there really any need, at this point, to lock older devices out of new app updates just because newer ones are incrementally better? Android seems to be a good deal better about letting old OSes stay relevant to new applications.