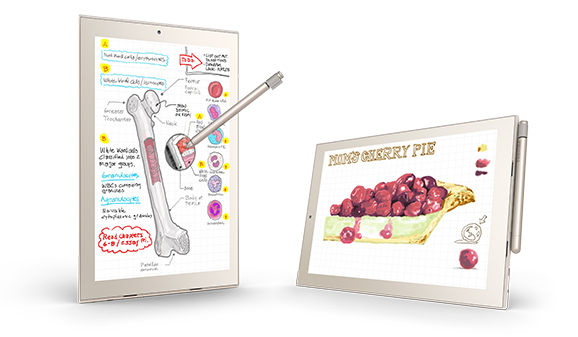 Toshiba’s dynaPad WT12PE-A64 Signature Edition Tablet, which debuted exclusively on the Microsoft Store this January, is a highly specced, highly attractive Windows 10 tablet, at the not too dreadful price of $569.00. But it’s also an interesting essay in tablet design as an explicit replacement for paper notebooks for sketching and writing – and an attractive ereading device that could stand up pretty well alongside higher-end iPads.

“The world’s thinnest and lightest 12-inch Windows tablet” – according to the Toshiba blurb at least – “the dynaPad is ready to reinvent your work and play. It’s only 0.27 inches thin, weighs just over 1 pound, and comes with a highly sensitive TruPen stylus for writing, drawing, and jotting notes whenever and wherever inspiration strikes.” More details are available courtesy of the Toshiba launch release here.

As a Windows 10 device, the dynaPad has highly attractive specs: Intel Atom x5-Z8300 processor, 4GB of memory, 64GB eMMC storage, two micro USB 2.0 ports, one Micro-HDMI port, WiFi and Bluetooth. micro SD slot, and Windows 10 Home. But its real differentiation is in the screen and the TruPen stylus, developed with Wacom technology. According to Toshiba, once again, “with 2,048 levels of pressure, the stylus delivers all the accuracy of pen on paper for superior accuracy and performance.” Meanwhile, “the 12-inch Full HD TruBrite IPS touchscreen has ultra-wide angles for viewing comfort and a high-precision surface for using the stylus.”

Toshiba previously made an impression in the onscreen writing/drawing area with its series of Encore 2 Write Windows 8.1 tablets, debuted at CES 2015 in both 8″and 10″ formats, with the TruPen stylus. Needless to say, though, Windows 8.1 was hardly the ideal OS for this format. With Windows 10, Toshiba is positioned to deliver a far better, more integrated Windows tablet experience.

Toshiba is clearly placing a lot of emphasis on the onscreen writing and drawing functions. “Precision digital inking technology is the next frontier of truly personal computing,” said Philip Osako, senior director of product marketing, Toshiba America Information Systems, Inc., Digital Products Division, in Toshiba’s launch release. “Advances in engineering and pen technology have enabled us to create an amazingly thin and light tablet that’s ideal for instant creativity while also offering the versatility to immediately transition to a clamshell form factor for productivity. Toshiba dynaPad is the ultimate digital notebook.”

Personally, I’ve long been an onscreen writing advocate, and used a Fujitsu Windows tablet before the iPad even existed. Nowadays, though, with the iPad Pro out there as well as some very highly specced Android tablets, and the Apple Pencil, would I be inclined to pick the Toshiba dynaPad? Actually, the answer is probably yes. The device has received some good writeups elsewhere, especially in sites focused on tablets for artists, and although it’s not the most powerful machine ever, it does offer full Windows 10, with all the attendant versatility and backwards compatibility. The real obvious competitor is the Microsoft Surface Pro, but the dynaPad’s emphasis on excellent onscreen writing and drawing technology could give it the edge for some requirements – including mine. And that screen looks like a beaut for reading on.

As for the competition, the iPad Pro 12-inch is currently going for a minimum of $799.99 on Best Buy. The Microsoft Surface Pro 4 is retailing for $899 at the Microsoft Store. The Surface Pro 3 at $399 might be tempting, but it’s obviously not specced to anything like the same level as the dynaPad, and you have to buy the Surface Pen separately – and even then, this only offers 256 levels of pressure sensitivity, compared to the TruPen’s Wacom-powered 2,048 levels. I couldn’t possibly imagine the Surface Pro 3 as a serious laptop replacement, but I can easily see the dynaPad in that role. And it just so happens I need a new laptop, so … 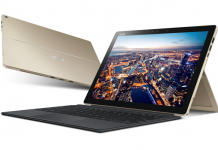 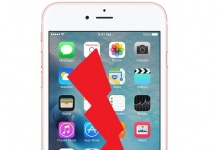 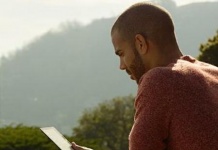 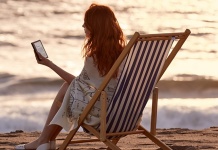 Is Amazon aiming for both ends of the tablet market with the Kindle Oasis, Fire?