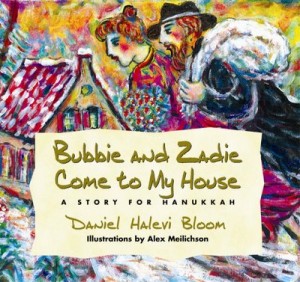 According to Paul McFedries ”Wordspy” website, there’s a new holiday on tap this year, this month in fact, and it’s been dubbed “Thanksgivukah.” Jewish humor. Yes, this year for the first time in almost 5,000 years, Thanksgiving and Hannukah occur on the same calendar day.

Obviously, God was trying out a new tack. According to Wordspy, Thanksgivukkah is “a combined celebration of the U.S. Thanksgiving holiday and the start of the Jewish festival of Hanukkah.”

The Houston Chronicle mentioned the new holiday in passing, as did The Boston Globe and a host of other newspapers and websites nationwide.

McFedries, always the alert and tech-savvy editor, noted: “It should be noted that the Thanksgivukkah Facebook page was created by Dana Gitell on November 15, 2012. For the record, she also received a U.S. trademark for the term on July 26, 2013.”

So as ”Thanksgivukah” approaches on November 28, here’s a short anecdote about how I plan to celebrate the holiday this year, with the hope and a prayer that some savvy e-publisher can find a way to turn a little book I wrote in 1985 into an illustrated children’s ebook in time for the holiday season in 2014. Do they make illustrated ebooks yet?

Long story short: Bubbie and Zadie — Yiddish terms for ”Grandma” and ”Grandpa” — had been many places in their lives, but never the White House. So when a kind rabbi in Virginia  was invited to the annual Chanukah Party at the Obama White House  a few years ago, he thoughtfully brought my Jewish children’s picture book with him as a gift and left it with the Obama family.

The title? ”Bubbie and Zadie Come to My House: A Story for Hanukkah.”

It has appeared so far as a hardback, a paperback and an audiobook with a Hollywood actress reading the text. But it has never jumped over the publishing hurdles that could turn it into an children’s ebook that would last forever and ever — at least another 5,000 years.

I’m more than willing to give the rights free of charge to the right epublisher, with all royalties going to him or her. I never did this for money. I did it for the kids. It’s still my dream, 30 years later.  I still get email letters addressed to Bubbie and Zadie from kids and adults. More on that and their address at the bottom of this post. But don’t scroll down yet.

What a surprise the Obama news was to me, as you can imagine, since I published the book in 1985 and always dreamed that these magical grandparents — ”Bubbie and Zadie” — would make it to Pennsylvania Avenue someday. And finally, after an almost 30-year wait, it really happened. Bubbie and Zadie are at the White House now. In the library. Who knew?

A few weeks later, the following January, the Washington Jewish Week newspaper ran a brief news item about the rabbi’s visit to the White House, noting that the reporter contacted the White House press office to find out if the Obamas and their children had had the chance to sit down and read the 24-page picture book about Hannukah traditions.

Noting that the book sports a colorful cover, the newspaper added: “We’re hoping Bo didn’t chew on it.”

The reporter was referring to President Obama’s dog, of course.

It’s fun to think that my little book made its way to 1600 Pennsylvania Avenue without the aid of a publicist or a public relations operation. And if by chance, you’re reading this here at Teleread, President Obama, Happy Hannukah this year again to you and yours!

Now about those letters to Bubbie and Zadie. In the original book, I added a page with a snail mail address where children or their parents could handwrite letters of their own to Bubbie and Zadie about their feelings about the upcoming holiday, and for years I received thousands of letters delivered by the U.S. Postal Service.

With the technology now pointing to iPads and smartphones and Kindles, who knows, maybe there’s a future for email letters to Bubbie and Zadie after kids read the book on a screen. If you know anyone who would like to write a letter to Bubbie and Zadie, and get a personal reply from them as well (all free of charge, no strings attached, just a pure fun thing to do, especially for the kids) — I help out answering the mail, since Bubbie and Zadie are getting up in years –just point your browser to: bubbie.zadie@gmail.com

I promise to answer all the mail this Thanksgivukah and for the next 5,000 years!

Editor’s Note: Actually the book is available as an eBook edition, for Kindle. Sadly, although Dan is listed on the cover image as the author, he’s not credited on the Amazon page.