By popular demand, TeleRead Links will remain even if our links roundups won’t appear as often, or at a regular time. Our fare today:

1. This morning Harper Lee’s Go Set a Watchman finally reaches the public after 60 years (the Guardian). You can read the first chapter or hear Reese Witherspoon do so, read a favorable review and keep up with the reactions over at the Guardian.

The TeleRead take: I can’t wait to read the Kindle edition (Amazon buying link—to help us pay our writers). It’s  available July 14. Here’s the first sentence of Watchman from the author of To Kill a Mockingbird: “Since Atlanta, she had looked out the dining-car window with a delight almost physical. Over her breakfast coffee, she watched the last of Georgia’s hills recede and the red earth appear, and with it tin-roofed houses set in the middle of swept yards, and in the yards the inevitable verbena grew, surrounded by whitewashed tires. She grinned when she saw her first TV antenna atop an unpainted Negro house; as they multiplied, her joy rose.”

I’m a sucker for novels with mentions of trains in them, and even if Ms. Lee’s prose style contrasts sharply with that of Thomas Wolfe, they both have written memorably of them. As for the use of “Negro”—well, remember that was the word at the time she wrote Watchman.

Update: Publisher’s Weekly says reactions to the book are mixed.

2. There’s a Surprising Number of Obscure eBook Readers Turning Up on Amazon (The Digital Reader).

The TeleRead take: “The ereaders come in a wild range of shapes and sizes,” says Nate Hoffelder, TDR’s editor in chief. “Most have 6″ screens (some even have frontlights with Pearl HD E-ink screens), but the model I find seriously tempting is the one with the 4.3″.” I always enjoy Nate’s excursions into the more exotic regions of e-bookdom. Check out this related video.

By the way, it’s indeed The Digital Reader again—not Ink, Bytes and Pixels. Thanks, Nate. TDR is much easier to remember even if the newer name more accurately described your blog in its current form. TeleRead itself goes far beyond books even though e-books are our main focus. We’re for techies who love books and booklovers who love gadgets.

3. Everything Science Knows About Reading on Screens (Fast Company).

The TeleRead take: More malarkey from academia by way of Fast Company. As usual, the focus is on the negatives, as opposed to ways people can read E more effectively. Michael Rosenwald, the WaPo staffer who so often has knocked e-books, might read this one with interest. By the way, I have new hope for him. We’re both following each other on Twitter right now. Thanks, Mike.

4. How Publishers Make Decisions about What to Publish: The Book PL (Jane Friedman).

The TeleRead take: Expert analysis here by a veteran industry observer and participant.

5. How the New York Public Library Is Bridging the Digital Divide (Huffington Post).

The TeleRead take: Even NYPL could be doing a lot more, but efforts there and at other public libraries are at least a start. The library has been distributing free portable hotspots to low-income people and is developing  e-reader apps for the poor and other patrons to use.

6. How Authors Can Use Wattpad to Sell Books and Earn Money (RT Book Reviews).

The TeleRead take: Novelist Linda Poitevin tells how Wattpad freebies from her books helped spark sales. “I originally released Gwynneth Ever After as an ebook in June 2013, ten months before I began putting it up on Wattpad. During that time, the book sold a total of 314 copies across all platforms (Kindle, Kobo, Nook and iBook). In the first nine weeks following its debut on Wattpad, it sold 399 copies. This was followed by sales of 100-350 copies per month for the entire duration of my Wattpad experiment.”

Will this work for every book? Hardly. Wattpad’s readers are mostly on the young side. I suspect that more than half are female. Those are not the best demographics for, say, the author of a male-narrated newspaper novel set several decades ago (notably, me). But for Ms. Poitevin, Wattpad was a great match. 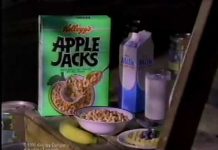 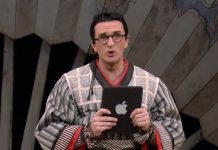