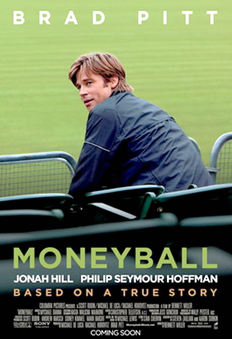 Remember the book Moneyball, along with the movie?

Empirical data counted for the general manager of the Oakland Athletics, more than did baseball traditions.

Billy Beane focused not merely on statistics in general but on just the right numbers.

That’s what TeleRead has been doing, in a sense, by way of Ezoic‘s Website optimization service. Ezoic’s bots change our site layout for users of cell phones and tablets, then scientifically measure the results and try yet other possibilities. This weekend we’ve been switching on Ezoic for the majority of TeleRead’s community members, those with desktops and laptops. If you don’t see the bots at work now, you soon will.

The goal of our never-ending experiment is to come up with a site that will actually be more usable than the pre-Ezoic TeleRead.

It won’t happen immediately, but it will in time if past results apply. Look what Ezoic accomplished for a Mexican recipe site. Earnings per thousand visitors are up 160 percent compared to the original layout, and traffic has zoomed from 130K visitors a month to more than 400K.

Here at TeleRead, the revenue numbers are still small, but the percentage increase from Ezoic is not (even though we’ve told the bots to care more about usability than about revenue generation). One new tablet-oriented layout, not fully tested but mostly there, indicates a revenue boost of several hundred percent. Unless Ezoic’s people are lying through their teeth, which I doubt since the company is a certified Google AdSense partner, we need to show patience.

Take it for granted you’ll see crazy layouts and other mayhem. But eventually, things will settle down somewhat even if there’ll always be surprises.

For a site like TeleRead, Ezoic counts especially. Candid commentary is a major raison d’etre. As TeleRead’s publisher, I encourage our writers to speak their minds whether or not that offends advertisers and potential advertisers. It’s what separates journalism from public relations. With Ezoic, our revenue in the end comes from a number of sources rather than just a few. Yes, TeleRead would be delighted with ads from major companies in the e-book business or related ones. But we’d prefer that we not rely exclusively on them for support.

As for where the extra money will go—the main beneficiaries by far right now will be our staffers, including Chris Meadows, our gifted, hardworking editor. I am giving him a raise September 1, and if all goes well, I’ll bump him up more in October.

Just this past week, Chris excitedly IMed me about a Little Library-style project that the Indianapolis library system has started at various locations, including a homeless shelter. The story which followed earned Chris a link from Boing Boing. It was among my favorite kinds of pieces, given my background as a former poverty beat reporter. I also like how-to posts demystifying e-books for novices and others. But TeleRead is also about something else—the encouragement of innovation in e-publishing. How can we beat up on publishers for being so bloody backwards if we ourselves don’t experiment?

If we were an art site, Ezoic might not make as much sense. But at TeleRead, words are king, and that means paying writers to be on the job day after day. “Free” will go only so far, given all the work required.

That said, we have not forgotten those of you who dislike Ezoic. You can skip it and the related ads by clicking on our RSS feeds for posts and comments. Then you’ll directly see the text on your screen (no RSS reader needed). In addition, we won’t hate you if you use software such as AdBlocker Plus. But we hope you don’t, if you care to support TeleRead by relying on it as a discovery mechanism for products and services new to you.

We’re also watching out in another way for TeleRead as an interactive community. Commenters will be able to subscribe to notifications from the same conversations, so they can more quickly respond.

Finally, we’ll appreciate it if you do not use the comments area to discuss Ezoic. That would push aside the usual discussions on books and gadgets and the rest. Instead just email me at davidrothman@pobox.com. Here’s another reason for going that route. What you see one day may change the next, given that the bots are constantly experimenting. Beyond that, you may be among the few people seeing a particular layout.

Again, this has not been and will not be a painless experiment (the mobile version for some community members may be several days late, for example—an issue we’ll be fixated on, even if these members can still keep up with us on Facebook and on Twitter). But we think the results will be worth it. TeleRead is the world’s oldest Web site devoted to general interest news and views on e-books and related topics. It’s been around since the 1990s, and with Ezoic, we’ll stand more chance of surviving into the 2020s and beyond. 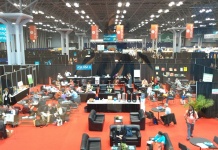 What should I do at BookExpo America? 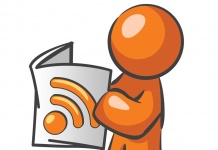 How to read TeleRead via RSS 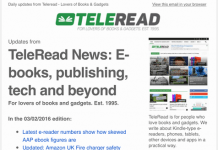 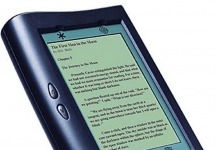 E-book museum will open in Paris: How about a U.S. one, too? 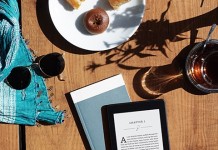 Fight for Kindle all-text bold option: Why you STILL need to write Amazon—and the media 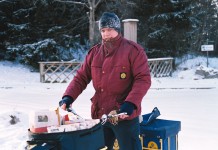