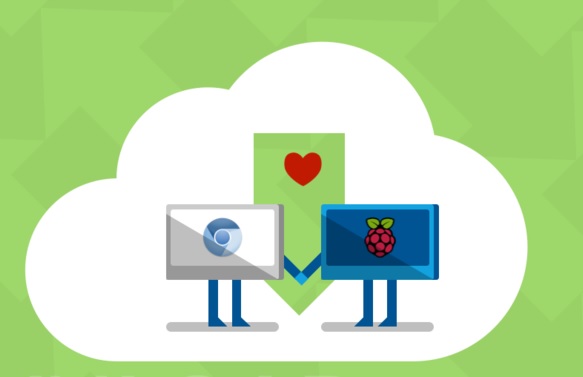 Here at TeleRead, we’ve rehashed the education dominance of Chromebooks for schools and students across the U.S. so often it hardly needs repeating. And one of the main draws with these devices is their price. But for those who still balk at the even the super-cheap cost of a Chromebook, here’s one way to go even better: Install the Chromium OS on the $35 Raspberry Pi 2.

The friendly Raspberry Pi 2 usually runs a slew of Linux distributions, including its own Raspian flavor, as well as various versions of Ubuntu. However, I know from experience that its performance isn’t exactly stellar on these. Furthermore, Linux is not always a tremendously friendly OS for noobs, even in its Ubuntu variants. The Chrome OS, or its Chromium OS open source version, though, is well rated for supreme user-friendliness, and is already familiar to many school-age users. And the Chromium OS for Single-Board Computers project now offers a downloadable install of Google’s homegrown OS for Raspberry Pi 2.

Installation is a cinch. First, download the OS – though this is a 325MB file, so you might want to get on a good/free connection. Then unzip it, and write it to a micro SD card using an image writer program. As any Raspberry user will tell you, the Raspberry Pi 2 runs its OS straight from the micro SD card, so in principle, once the Chromium OS is on the card, you’re ready to go. Do note that WiFi support is still not predictable and consistent for all WiFi adapters, but for anyone who can connect to the internet through the Raspberry Pi 2’s Ethernet socket, it should still work fine.

The Raspberry Pi 2 has HDMI and audio output, as well as more than enough USB sockets for peripherals, so you can now run Chromium OS over a desktop display. I’ve yet to try this hands-on myself, but plan to ASAP. Because who wouldn’t want this, at this price? There are plenty of e-reading options for Chrome OS – see here. And David Rothman has already gone through all the reasons, and ways, you would want to run Chrome OS on your ageing PCs. Now you can do the same on new hardware at a price so minuscule it hardly even registers. Even Asus’s Chromebit now looks overpriced in comparison at $85. Apparently the project project will run on the even more wonderful Raspberry Pi 3 – one can only hope it turns out as good on there too.