London is proverbially one of the great literary cities, even if it hasn’t matched Edinburgh or Dublin with UNESCO City of Literature status yet. So it’s sad to see all that made it a truly unique world-historical capital being abandoned, and its urban fabric and skyline ruined, in the name of a futile bid for Manhattan-style financial predominance, and of an absentee rentier class with little care for their second (or third, or tenth) home.

London was once the physical expression, the embodiment of one of the world’s great intellectual, literary, scientific, commercial, and political cultures. And in case you need a reminder of what has been lost, and is still being desecrated day by day, read the great literary evocations of London, which are extensive enough to be practically a sub-genre in themselves. In John Gay’s “Trivia, Or the Art of Walking the Streets of London,” you have an entire mock-epic poem on the topic. Read G.K. Chesterton, born Londoner and great articulator of “the speechless poetry of London,” in all its guises and in so many of his works, who “transmuted the leaden London landscape to a romantic gold.” Or for a more modern take, read Michael Moorcock’s Mother London, or China Miéville’s Un Lun Dun. Or Peter Ackroyd’s London: The Biography. And let’s not even start on Dickens.

And now, for the sake of Mayor Boris Johnson’s vision of a vibrant economic anthill to rival modern Shanghai, all that is being thrown away. London has “almost 250 tall towers proposed, approved or already under construction.” In a city that is fast becoming too expensive for all but the super-rich to live in, planners opposed to more high-rises declare: “I would dispute whether we are building homes at all.”

English Heritage has said: “The Greater London Authority should be taking a clearer lead on how we are going to balance up the need for growth, the need for development, with the protection of our historic environment.” As Rowan Moore wrote in The Guardian, “Boris Johnson’s support for a luxury high-rise development on Bishopsgate Goodsyard illustrates his contempt for localism.” Or for virtually any other aspect of London as a city for Londoners and an organic continuity of the London it used to be.

And there are all too good reasons for fearing that London’s destruction demonstrates exactly why that overweening fantasy of a steel and glass powerhouse can never be realized, because the same disorganization, lack of oversight, inequality, state underfunding and sheer bad planning that London typifies leaves the UK unable to develop the kind of educational policy and motivated entrepreneurial society needed to deliver that pipe dream.

The Monument to the Great Fire, which Alexander Pope wrote, “Like a tall bully, lists the head, and lies,” is now obliterated by the likes of the Leadenhall Building, or “Cheese Grater,” Nearby is St Paul’s, where Sir Christopher Wren lies buried under his greatest creation, with the epitaph: “Reader, if you seek his monument – look around you.” If you want to see Boris Johnson’s monument, look around you. And shudder. 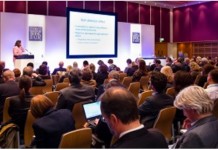 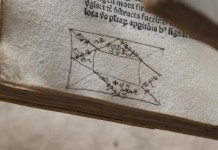 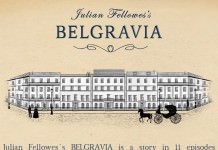