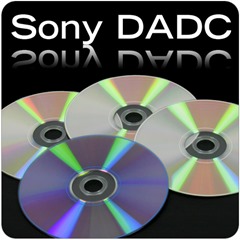 Digital Book World is carrying a press release in which Sony crows that it has entered into a partnership with Datalogics, Inc. to use Sony’s DADC e-book DRM.

Sony developed this DRM last year, with the intention of adding additional flexibility to e-book distribution not possible with current Kindle or Adobe DRM regimes. For example, it will permit variable-length library checkouts, and will also provide an API to let publishers distribute e-book files to distributors already encrypted. As the Digital Reader explained last year, it should also permit reselling, sharing, gifting, and otherwise changing ownership of e-book files outside the context of buying them from stores—assuming the publishers allow it. It is also supposed to be more secure than Kindle or Adobe’s DRM (which, at this point, wouldn’t be too difficult).

Datalogics is a technology company of long standing, acquired by Adobe through a series of purchases and later spun back off as a privately-held company under partial Adobe ownership. Its “about us” page explains, “Since 1998 we’ve been working with Adobe, acting as the key channel for several of their PDF toolkits including the Adobe PDF Library, Adobe Normalizer, Adobe PDF Print Engine, Adobe InDesign Server and the Adobe Reader Mobile SDK.” It is also a member of the International Digital Publishing Forum and the Readium foundation, and on the board of the PDF Association.

So, Datalogics picking up DADC might be a pretty big deal. At the least, it could lead to it getting used in Datalogics and hence Adobe software, and so becoming available for use in libraries and other institutions. Whether it will lead to e-books actually becoming available for resale is another question. Just because the capability exists doesn’t mean it will ever be used.

It’s funny to consider Sony getting back into e-books in any respect at all. Sony did effectively invent the e-ink reader with the Librié. But despite having reasonably decent hardware, Sony failed to exploit its first-mover advantage while competitors Amazon, Barnes & Noble, Kobo, and a host of third-party OEMs sprang up. Finally, it ceded the field to its competitors by getting out of the e-book business and handing all its customers over to Kobo in 2014. Now here it goes again with a new form of e-book DRM. I suppose it just couldn’t stay away.

It remains to be seen whether this new DRM will actually see much practical use. Kindle and Adobe seem to be pretty well-established in the commercial market. However, the library market seems to be more flexible in that regard. We’ll just have to wait and see.