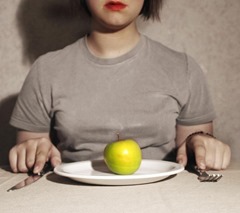 TeleRead’s campaign for an all-boldface option for Kindle and Fire users has made Slashdot, a Web site dear to millions of techies.

Some Slashdotters are repeating a key point of ours. Lack of the bold option is ageism, since older people may not be as easily able as younger ones to distinguish between text and background.

All-bold text, a choice present in rival Kobo machines through a font-weight adjuster, the best fix for Kindles and Fires, would be dirt-cheap to add if you consider the number of customers.

In responses to my Slashdot summary of an earlier TeleRead article on Amazon’s Thin Helvetica Syndrome, the leading e-reader maker got both bashed and ridiculed for its refusal over the years to offer better readability for those in need of bold.

My fellow victims and I often choose Helvetica as the least evil of Amazon’s font choices, but in its recent Kindle update, Amazon actually thinned out Helvetica.

Of the scores of complaints on Slashdot against the Kindle’s font anorexia and against reader-hostile Web design, my favorite was from JeffB (presumably not Jeff Bezos). He zeroed in on the outrageous ageism evident in the designer profession’s HR policies and in its frequent contempt for older readers:

“I think we all see that there’s a big push toward The New Shiny for implementing Web UIs, and a push toward hiring young frontier-chasers in place of older developers and designers who are perhaps more attached to older, less cutting-edge technologies.

“Now, most of the designers I’ve worked with at least pay lip service to accessibility, universal design, and maybe even special-needs users. But when they’re showing mockups to decision-makers, they still seem to push for what’s trendy—and, hey, the twenty- and thirty-somethings in the room have no trouble reading it, and if the forty- and fifty-somethings do, they sure aren’t going to call further attention to their ‘differently youthful’ status by complaining about it.

“As a result, we see today’s visual design. If we squint enough.”

If Jeff Bezos really cares about his customers, then he’ll ideally visit a site called Contrast Rebellion, which, although about the Web, would also be useful from a Kindle and Fire perspective. Besides, maybe Jeff and friends could pick up some wisdom for use in the Fires’ Silk browers—by way of a high-contrast mode to help deal with reader-hostile Web sites.

“Clearly,” says Contrast Rebellion, created by two designers at odds with the know-it-all arrogance so common among their peers, “aesthetics are important but aren’t the ultimate goal of design. And often poor readability doesn’t get noticed during the design process, as we are not like our users. We don’t read the texts as a visitor does.” 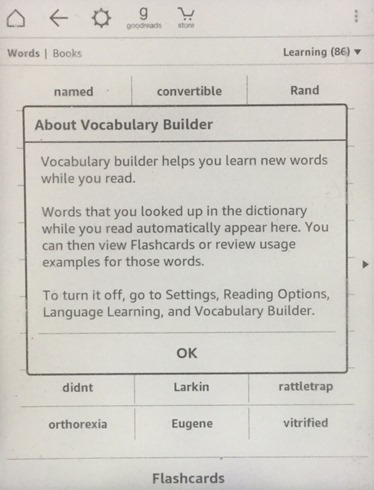 If you want to see how much an all-bold option could help many older people and other Kindle and Fire users, then follow the advice of a TeleRead commenter named Steve B. “Check Vocabulary Builder to see how rich and contrasting bold text can look. The difference is amazing.”

Granted, many people will prefer light fonts and not cherish the difference in the least and maybe even hate it. But why is Amazon refusing to let other users go with heavier fonts? I don’t get it. We’re talking about an option, not imposition of bolder fonts on everybody. The option would nicely fit within Amazon’s existing font-related menu structure.

Yes, I’ll send jeff@amazon.com and Amazon’s PR people a link to this post. Amazon’s e-readers have many positives, Jeff, and in general I love your hardware. But why are you making it harder than necessary for certain of your customers to enjoy book-reading on their Kindles and Fires—especially when sales of E Ink Kindles are far less robust when they should be? In the end,  even viewed from a strictly bottom-line corporate perspective, this isn’t just an accessibility issue. It’s a shareholder one. Even if the effect is small, because Amazon is about a lot more than e-books, you’re still hurting sales, profits and growth in equity value.

Of course, without acknowledging the complaints of people like me, you could simply do your next firmware update with an all-bold option or a font-weight adjuster added. I know. You don’t like to announce your plans in advance. But a classier approach in this case—much better PR—would be to address the issue head on and personally let people know ASAP that you’re hearing me and the Slashdotters. You say you’re customer friendly? Here’s a great opportunity to show that.

The faster you act, Jeff, the better you’ll look both to your customers and shareholders. If you really do read messages sent to jeff@amazon.com, it’ll take less than a minute to send me a reply promising that “an all-boldface option or better will appear in all our next firmware updates and in all Kindle apps for  iOS, Android and windows. If possible, we’ll provide for adjustable font weights, and if we can’t do it, we’ll explain why not.”

Don’t leave this decision to your font designers, engineers or others responsible for the present mess. I’m certain they’re gifted, well-meaning people in general, but I doubt you’ll change their minds. Please, Jeff—just do it!