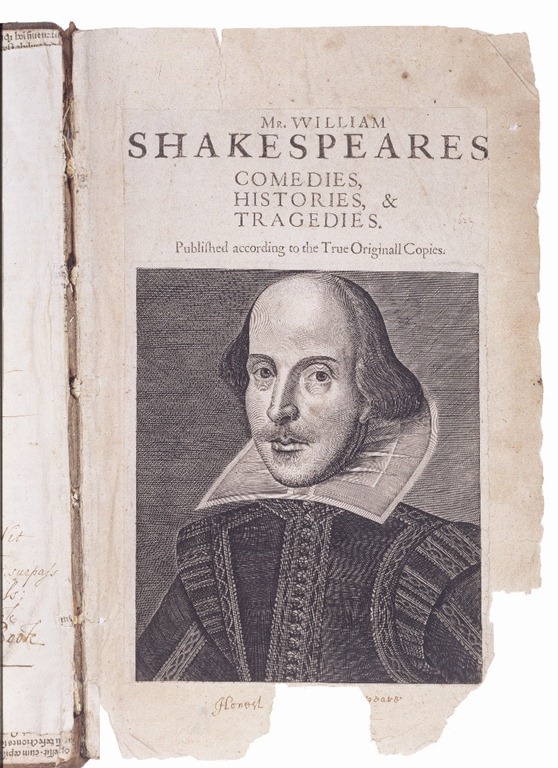 A rare first folio edition of the plays of William Shakespeare has been rediscovered in the Library of Saint-Omer in France. Described in the local newspaper that first broke the news as “an incredible discovery,” and “one of the two most celebrated books in the world,” the first folio of Mr. William Shakespeares Comedies, Histories, & Tragedies, one of just 228 still known to be in existence, went uncatalogued in the intervening centuries apparently because its title pages and opening material were missing, but the full complement of 36 of Shakespeare’s plays are apparently all present. Rediscovered in the autumn in the course of preparations for an exhibition of English literature, the first folio was authenticated soon after, and now has been revealed to the world as one of the only two Shakespeare first folios in France.

For all its historical value, the first folio is a known quantity in literary terms, with all its contents already on record. Project Gutenberg has an ebook edition of the first folio available for free access and download, and there are many other PDF facsimile copies and other open access versions online. There are apparently some performance notes in the margins which include gender switching, possibly due to the practice of having male players take female roles in the period. But in the absence of any significant textual variations, annotations, marginalia, or other new literary insights from this edition, scholars and Shakespeare enthusiasts have been speculating that it might provide more evidence that Shakespeare was a secret Catholic, or at least of the level of reception for his works in the English Catholic community exiled in France, or in France itself.

Despite the rediscovery of this fascinating survival from the past, anyone who really wants to get acquainted or reacquainted with the true value of Shakespeare only has to go read the works themselves. But the Saint-Omer first folio has shifted the landscape of Shakespeare studies slightly, and is an exhumed treasure in is own right.