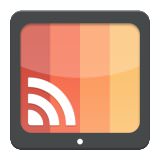 Screencasting via my Chromecast is one of my favorite things with my mobile devices. So naturally, when I got my new Kindle Fire, I decided to try. The fresh workarounds for installing the Google Play Store on the new Kindle Fire may give you a better experience. For anyone who hasn’t tried this yet, though – including technophile me – these are the results so far if you stick with Amazon’s own OS and what’s on the Amazon Appstore.

Search the Amazon Appstore for Chromecast, and you come up with a number of apps. One free option is Avia Media Player, but unfortunately, as the warning says, “Chromecast needs Google Play Services to function. Only non-Fire OS Android devices will support Chromecast.” There’s some suggestion there that the older 7.0 version of Avia does support Chromecast, but I’ve yet to try this. It does claim to support “Apple TV, Roku, WebOS and UPnP/DLNA enabled devices,” though.

Then there’s ClockworkMod’s AllCast. Again, this warns that “Chromecast is not supported on devices without Google Play Services (Kindles, Fire phone). This is a limitation of Google’s Chromecast developer kit.” It did succeed in casting to my TV, though, but this could be because the TV itself is a SmartTV. I couldn’t verify whether the connection was to the Chromecast, or the TV itself, but I suspect it’s a SmartTV connection.

AllCast was able to cast single images to my TV – so far, though, that’s all. Its file navigation system couldn’t recognize other media on my Kindle Fire, whether on the external microSD card or on the internal memory.

Finally, I tried MediaCast for Chromecast. Obviously, this claims to be able to do just what it says – cast to Chromecast. However, I haven’t been able to get it to work yet, and its interface and setup guide are so rudimentary that I got zero guidance in how to do this.

(Oh, and don’t try JW TV, no matter what it says about Chromecast. It’s an evangelical app that you so do not want to go anywhere near.)

That’s my experience so far. If there are any other promising solutions prior to using the Google Play Services workarounds, I’ll get around to those in Part Two. Otherwise, see you on the far side of a modded Kindle Fire …