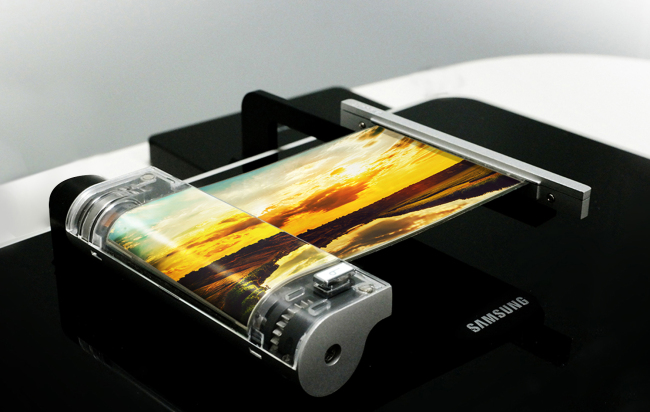 A new report in the Korea Herald, brought to light by Slashgear, offers an advance hint of the rollable or foldable display that Samsung is reportedly ready to revolutionize our ebook reading experience with – and a whole lot besides. The report highlights the Samsung products due to be shown off at the Society for Information Display’s Display Week 2016 this week in San Francisco, including foldable or rollable OLED (organic light-emitting diode) displays.

According to the Korea Herald, “the firm’s rollable AMOLED display, weighing a mere 5 grams, boasts 0.3 millimeters in depth and 10 radius of curvature, which means the display can be rolled into a circle with a 10 millimeter radius.” This presumably would be the technology used in the Samsung Galaxy X, the Korean giant’s much-rumored foldable smartphone supposedly due to debut in 2017.

And how would this be for ebook reading? Well, paper-thin screens that fold out from tiny form factors, or roll out from thin tubes? A fairly attractive prospect. Minority Report‘s digitally updating foldable e-newspapers could be only one of the many goodies due with that kind of tech. Still, since we’ve been waiting almost ten years since the first news of the Polymer Vision Readius rollable e-reading screen, perhaps it’s about time …

(Image above from Samsung Display via the Korea Herald) 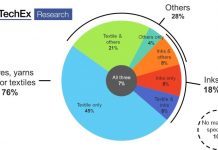 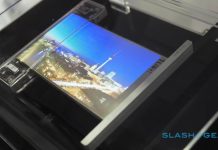 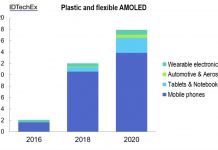