In recent coverage of aggressive and unattractive behavior by scientific publishers, one name, among others, crops up again and again: Reed Elsevier. The Netherlands and British-led scientific, professional, and specialist publisher and information provider has been castigated for actions by its units including takedown notices against scientists sharing their research online, attempting to sequester valuable medical findings, and backing legislation to keep publicly funded research out of the open access sphere. It has been the subject of academic boycotts and has been classed by some critics among enemies of science. Yet its latest financial results indicate that all this strongarming is helping bring in a tidy profit.

“Reed Elsevier is continuing to deliver on its long term strategic and financial priorities,” said Anthony Habgood, Chairman. “With underlying revenue growth across all major business areas, operating profit and earnings grew well in 2013.” The company saw unadjusted underlying revenue growth of  2 percent and adjusted underlying profit growth of 5 percent, in line with financial market expectations. New technology was a contributor, with “build out across business platforms progressing well.”

Sound like yet another case of amoral financiers rewarding bad behavior? Well, if that seems so, and irks you, then remember that there are things that can be done about it. Shareholder activism on ethical grounds is no new thing, and quite effective in certain areas. The $828.9 billion Government Pension Fund – Global of Norway, for instance, the world’s largest pension fund, excludes certain companies from investment on ethical grounds, and publishes a widely followed blacklist of corporations that it condemns, on grounds ranging from environmental damage to violation of the Geneva Convention. Would it be too difficult to envisage an investor as well as an academic boycott of companies that, for example, oppose open access to scientific research? Think about it. 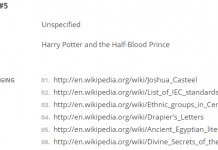 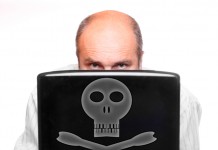 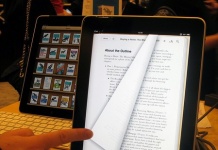