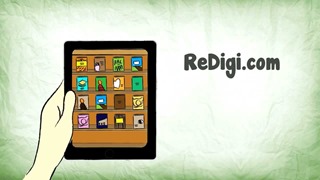 The dream of reselling used e-books may not be dead just yet. Digital media resale startup ReDigi has reached a settlement in its four-year-old legal battle with Capital Records that will let it move forward with its appeal. Although the case currently centers on digital music, any precedent it sets will apply equally to any digital media—music, movies, video games, or e-books.

It’s been a while since we last heard from ReDigi. The last time the company was in the news was when it took part in the House of Representatives First Sale Doctrine hearing in 2014. Since then, it’s been plugging away at its legal battle.

ReDigi started out by setting up to permit resale of iTunes music, and was then sued by EMI, parent company of Capital Records. The circuit court ruled against ReDigi—not a great surprise, given that circuit courts tend to be reluctant to reverse existing law—but it’s taken a while to iron out damages, and the court wouldn’t let ReDigi appeal until the damages question was settled.

ReDigi has now settled the damages question with Capital, though the details aren’t yet public. The important thing about the settlement is not so much that ReDigi has agreed to pay Capital damages, but that now that the matter is settled, ReDigi can proceed to appeal the case in a higher court.

This puts me in mind of the way Apple settled damages in the agency pricing lawsuit by agreeing to pay out a certain amount if it lost, and a different amount if the case was remanded to a lower court for further consideration. We don’t know exactly what ReDigi and Capital agreed, but now that they have, the case can move forward.

I remain skeptical that digital resale will ever go anywhere. As I’ve noted before, it’s still quite possible to crack digital media DRM and make DRM-free backup copies. Since reselling digital media relies on that DRM to manage the sale, this means it will be possible for people to “resell” their digital media while still holding onto it. It’s already possible to do exactly the same thing for Overdrive library e-books, but at least no money’s changing hands for those.

In any event, it’s amusing to consider that Amazon is ready in case digital resale should become legal, having received a US patent on digital resale in 2013 and still being in the process of getting one in Canada. Although I haven’t seen any signs that Amazon wants to allow its customers to resell their digital media, it’s entirely possible Amazon is letting ReDigi fight the battle for it and getting in position to take advantage should ReDigi win. Other companies such as Lexink have also expressed interest.

Now that the circuit court phase is out of the way, I’m looking forward to seeing how the appeal goes. You never know—it’s not impossible that in a few years, we might be able to resell digital content just as easily as we can resell print content. But I’m not going to hold my breath.