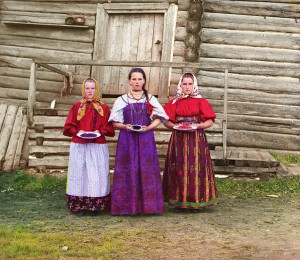 Here is a question for you: ‘Who really owns my Kindle?’ I bought it. I paid for it. It’s mine, right? Maybe not. The murky post-digital copyright waters continue to muddy in this regard. I own my Kindle, sure. But can Amazon prevent me from loading competitor’s books on it? Can they prevent me from loading my own apps, and using them to do what I please? If I use my Kindle tablet to help me write a book, can Amazon claim any ownership of it? These are not inconsequential questions, if we really want to be full-fledged owners rather than mere serfs.

Here are two case studies which came my way last week on copyright issues. What do you think they tell us?

Apple is allegedly bricking the phones of customers who have them repaired by non-Apple dealers. Many of these phones are reportedly working just fine, completely without incident following these ‘unauthorized’ repairs—and then the customer updates the iOS, it runs sone sort of security check, and if it detects a non-Apple part in there, bricks the phone without further explanation. This article from The Guardian explains that many customers were not trying to do anything sinister here. One guy they quoted was a photographer covering the refugee crisis in the Balkans when his phone broke. There was no ‘authorized’ store for him to take it to!

Apple can say whatever they want to about this being for our ‘security.’ It’s a fishy story. Is it such a stretch to think that, unchecked, this can go even further? What if Apple scans my iPad and finds ePub books I didn’t buy from them? Or music I did not get from the Apple store? Where does their ‘authority’ over their devices end once a customer leaves the store with a physical item they bought and paid for?

A video game company is being sued by a tattoo company who is claiming ownership of the designs imprinted on the bodies of several sports figures. They are claiming that the tattoos are works of art in a fixed medium, and that they own the rights to these the same as a painter would own a painting, and should be paid a royalty if the athletes who sport these tattoos are featured in the game.

I can’t even begin to untangle that one! LeBron James, one of the mentioned athletes, has a tattoo of his child. Does the artist who painted it own the tattoo? Does LeBron James, because it is on his body? Or how about the child whose likeness is featured—can he refuse to allow his father to show his image in the media without consent?

I don’t think content creators should be taken advantage of, but I think that at some point an element of common sense has to kick in. This notion that every single instance of our lives has to be monetized is simply out of hand. I think the athletes have a leg to stand on here with calling the tattoo art a ‘work for hire’ and asserting their rights over it. But as the article points out, these cases often settle because the little guy can’t afford to fight them, so there is no clear case law.

Now that everyone can write and publish with one click, we all need to be aware of these issues. My next e-book project is going to be a technology guide for teachers. Can I mention app names? Can I photograph devices I own? Can I do a screenshot from within an app I bought and paid for? The notion of ownership can be a tricky one. I can’t help but feel nervous when I read stories like these ones.

Image credit: Here. Yes, those most likely are descendants of actual serfs in the color photo.