The experiment is over.

On article-reformatting utility Readability’s blog, CEO Rich Zlade announced that Readability is ending its 15-month-old reader fees for publisher payment program, in which it collected donations from subscribers to pay out to publishers of sites that Readability users reformatted to skip ads.

Why end the program? Zlade explains that, although “thousands of [readers] agreed to spend $5 a month (and sometimes more)” on the project, relatively few publishers signed up. Out of the “millions—yes, millions—of domains” whose content was reformatted, only about 2,000 bothered to sign up to claim their share of the proceeds. As a result, almost $150,000 of reader fees earmarked for publisher pay-back—over 90% of the money Readability collected for that purpose—sits unclaimed, and will be donated to reading-related charities (including 826 Valencia and Knowbility)  if unclaimed by July 15th.

Though Zlade tries to spin the program as successful but for the pesky little issue of few publishers signing up, I’m not so sure. In November, Readability started sliding features from the $5-per-month “Premium” feature set back into the free version. In January, Readability essentially gave up and made all its Premium features free. It seems that only a few thousand people ever signed up—an infinitesimal fraction of the millions of people who read content on the Internet every day.

Even if more domain owners had signed up, they’d have gotten a trickle of revenue at most. $150,000 split by “millions” of domains equals how much again? Even if we assume the Pareto Principle is in effect and 80% of the money would go to 20% of the sites, that’s still not even going to amount to a dollar each.

For that matter, if the amount paid out comes to less than 10% of that collected, that means at most $15,000 was split among 2,000 publishers, meaning the most that any single one of them could have received was $7.50. (Or, Pareto-wise, the top 400 publishers might have gotten $30 each while everyone else got an average of $1.88.)

And judging by the comments on the blog article, there were other problems with the program. Prospective claimant Keith Calder complains about the contract terms required to claim the money.

So basically if I sign up to collect money from Readability, I have to hold them harmless for ANY copyright infringement on ANY web page or article I have authored that is sent through the Readability Service. So if I wrote an article that is behind a pay-wall, and someone figures out a way to add that to a ReadList… Oh well. Nothing I can do about that, unless Readability decides to be nice to me and remove the article. But they’re under no obligation to do that. They could just choose to let people freely redistribute my content against my wishes because I signed up for their Publisher Program to collect money they decided to collect on my behalf.

Others complain about Readability’s unilateral decision to donate the left-over money instead of returning it to those who’d contributed it or making more of an effort to contact the domains responsible for most of the traffic.

Unlike a lot of the commenters who complain about Readability’s high-handedness, I think the company’s heart was in the right place (or about as close to the right place as a business concern’s heart can be). The whole point of the exercise was, after all, to try to figure out some way that publishers can still get paid. So many people now see the advertisements that pay for content as an unwanted annoyance and feel entirely justified in skipping them—and skipping them is as simple as installing a new browser extension.

While the experiment was ultimately unsuccessful, I expect that the lessons learned will inform the next try at making sure publishers can still make money on the Internet—whatever it ends up being.

(Found via PaidContent and The Verge.) 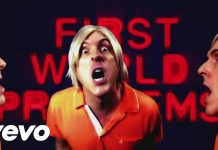