Oyster, the ebook-subscription service, is shutting down.

I first saw the report on Publishers Weekly 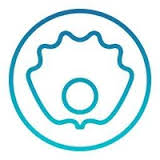 , which linked to a blog post on the company’s site. Oyster began in 2013 amid to influx of the subscription-based model for ebooks. Oyster was one of the bigger entities along worth Scribd that were at the beginning of the service model.

It seems as though the subscription model never really took off despite what seemed to backing from some major publishers. Harper Collin, Simon & Schuster joined Oyster and the site included titles such as Harry Potter in its catalog. Oyster offered access to over one million books for $9.95 a month.

Oyster stated on its blog, “We will be taking steps to sunset the existing Oyster service over the next several months. If you are an Oyster reader you will receive an email personally regarding your account in the next few weeks.”

According to Re/code (which was linked to on The Digital Reader), much of the Oyster team is headed to Google. While Oyster may be shutting down, perhaps the Oyster isn’t done in the ebook world.