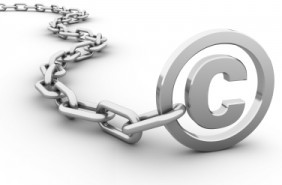 It seemed important to lead with those two words, in large, friendly headline letters, based on the breathless “everybody panic!” takes that have been spreading around this matter lately. I’ve seen them popping up in my Facebook friends lists, and otherwise sensible people have been taken in—to the point where one of them ended up having to post a retraction after they read a more balanced take on the legislation involved. So let’s look at what’s going on.

In June, the Registrar of Copyrights issued a 234-page report (PDF) on the problem of orphan works. Here’s a shorter article about it (Joanna mentioned it here), linking to a 5-page brief and a Knowledge Economy International report on the matter.

Effectively, orphan works—that is, works whose copyright holder is no longer known or locatable—are increasingly becoming a problem as more works fall into that category and more people want to make use of them. Copyright jurisprudence (such as the HathiTrust/Google Books cases) have been moving toward permitting more use of such works, but allowing “fair use” isn’t a solution because (as with HathiTrust/Google) you can’t tell if something is fair use without expensive litigation.

The Copyright Office proposes legislation that would protect people attempting to make use of orphan works as long as they first make a “good faith diligent search” to try to locate their owner and post a “Notice of Use” with the copyright office. If the owner should suddenly pop up and object to the new use, it would limit compensation to a reasonable amount, rather than allowing for huge punitive damages that could discourage people from making such uses. Certain classes of use, such as not-for-financial-gain or educational/religious/charitable, would be exempt from having to pay compensation as long as they ceased using the work immediately as soon as the owner objected.

The Copyright Alliance has also posted a summary of proposed legislation and request for comments. Apart from the orphan works matter mentioned above, the legislation also contains a proposal concerning mass digitization, after the fashion of HathiTrust and Google Books. The problem at hand is that, when you’re digitizing en masse, there are so many works involved that requesting permission for all of them is effectively impossible.

As a result, the Office recommends Congress create a five year pilot program of extended collective licensing (ECL) – “a scheme that is somewhere between voluntary licensing and compulsory licensing.” In an ECL, “the government authorizes a collective organization to negotiate licenses for a particular class of works … for a particular class of uses … with prospective users.” This would be an opt out system for the relevant class of copyright owners.

The Copyright Office has requested comments be submitted with a deadline of August 10th.

Not everyone is thrilled about this proposed legislation. The authors of the 5-page brief linked above feel that the “Notice of Use” requirement—which caused similar legislation to fail in 2008—is too onerous to be realistic, and that it should be possible to predict generally when works would be protected by fair use.

And some folks, like Brad Holland, seem to regard the proposal as the top of a slippery slope that ends in everyone’s copyrights being declared invalid altogether. They express concern that any work that might be rendered unidentifiable, such as by being reposted with the creator’s information removed, could fall under this category. These are the panic-stricken posts that are going around on Facebook right now. “Everything you know about copyright is about to change,” they ominously proclaim.

It’s easy to see why people who make their living from copyright could be concerned—especially if they catch a whiff of the PANIC! PANIC! articles some folks are writing. To some folks, anything that weakens copyright at all is cause for alarm. (These are the same sorts of people who would be happiest if copyright was eternal.)

Nonetheless, the huge opportunities new media bring for reuse of old and the ever-lengthening copyright period locking out more and more old works mean that more and more people want to use works whose copyright provenance is unknown. Their inability to do so has grown from an annoyance to something that actively prevents the creation of new culture.