Freelance work acts much like a word ‘vampire’ upon the mind of a fiction writer.

To be fair, reviews, articles and copy-laden ‘crowd sourcing’ jobs make up the bulk of available work these days but, just as much as these rigorously-tight bits of employment put money in one’s pocket, they also strip away a few petals from one’s personal stash of Vim and Inspiration.

After a particularly busy fortnight of submitting various pieces, entries and bids—from poems and stories to logos and corporate presentations—I found that upon opening my various novel-in-progress files, my fingers had lost their vigor and my mind given to wandering. The non-retina screen on my laptop reflected a rather wan expression back in the dim light of the living room lamp; I normally find that particular light “charming” with its near-natural glow… but that night it seemed to merely emit a sickly sort of glimmer.

I rubbed my eyes and pondered the best course of action, the dearest to me being sleep. The digital page I stared at fairly begged to be written on, its voice merely one among the three fledgling novels my intrepid laptop harbors within its maze of metallic bytes. One of these at least must be completed before the end of the year, when it will be submitted to various contests and finally edited, formatted and Smashworded into a shape recognizable by global eBooks consumers. These things I knew and thought of and yet, still no words would come.

Setting my laptop to ‘hibernate’ I walked around my home, picking up stray jackets and books, calling attention to chores left undone by young folk–who really aught to know better by now—and making a nighttime cup of tea. My eye fell upon a paperback, left casually on the counter, a bookmark within still valiantly holding its owner’s place. Sipping my tea I picked up the book, and smiled at the title. My teenage daughter recently discovered the Brother Cadfael mysteries, a favorite series of mine in high school. I had not read them in ages.

As I stood there–skimming the pages with half-thoughtful fondness–I began to read. I continued reading as I walked around locking doors and closing blinds. I read in the laundry room, switching clothes from washer to dryer with one hand. Nestled comfortably in bed I sipped my now-tepid tea with little notice, more concerned that an aging 12th century monk was transplanting wintergreen a week earlier than I thought was called for and wondering why his good friend Hugh Beringar the sheriff was hovering just outside the wicket gate, a foreboding look upon his black brow.

Good books have a strange phenomena embroiled in their pages. Not magic, but a coaxing sort of promise that feels its way along one’s arm and shoulder–stealing up to the ear ever so gently–all the while making its case in clear language spiced with the lyrical. Good prose does not beg to be read, nor does it demand. You simply find yourself reading it; subsequently, words become enjoyable again. I read through the novel before drifting off to sleep, my catalog of aulde English (not to mention my inspiration) more than partially restored. Next morning, the more commercial projects were hurried through in favor of once more stepping into the proverbial breach, that wide gulf between Blank and Book.

“You must pursue it,” said Cadfael with sympathy. “You have no choice.”* 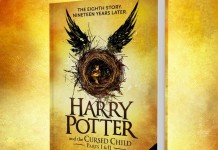 Harry Potter and the Cursed Child script e-book due out July 31, 2016 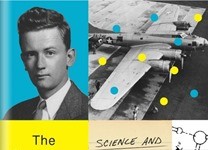 ‘The Brothers Vonnegut,’ a related podcast and your chance for a free review copy 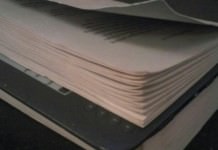 That’s not what a ‘Kindle bookmark’ is supposed to mean… 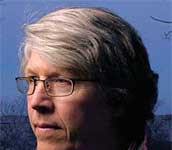 13 writers you don’t want to be