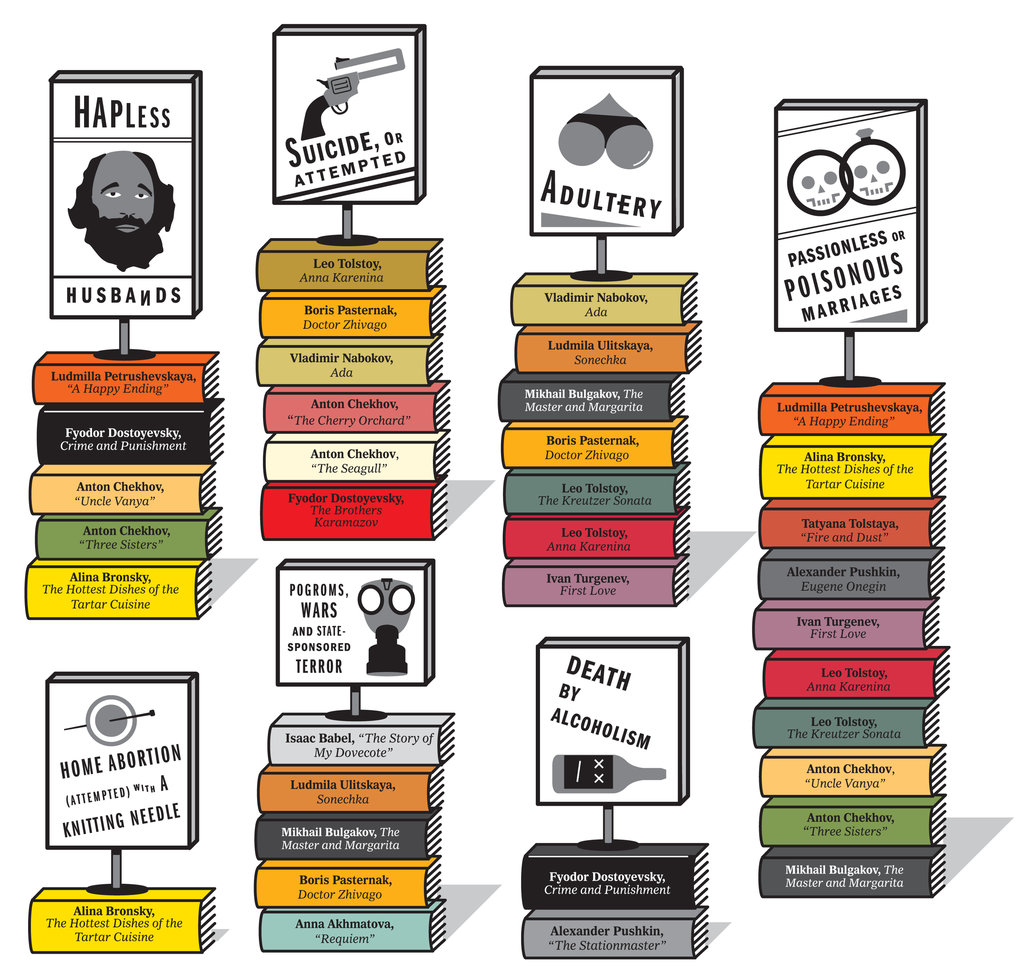 The New York Times has just shared a wonderful infographic on the great writers and works of Russian literature – “Unhappy in Their Own Ways.” And for anyone looking to reinforce their preconception that Russian literature is all some great Love and Death-style landscape of melancholy and disaster, here’s the evidence laid out in strikingly graphic form.

For such a serious – yea, gloomy – topic, it’s surprisingly fun, but there is an all-too-serious dimension to this. As Masha Gessen revealed in a sobering recent article in The New York Review of Books, “The Dying Russians,” Russia is in the grip of a secular mortality catastrophe, and “the cultural context of the Russian mortality crisis” detailed in Michelle Parsons’ book Dying Unneeded is arguably more relevant to the epidemic of early deaths than any public health or economic deficiency. “The psychological nature of the Russian disease,” as reflected in its literature, got an extra twist from recent political disappointments and the apparent failure of democratic renewal within the country, but has its roots in a state that for centuries has been busily “teaching its citizens … that their lives are worthless.” Russian literature apparently got the message long ago, and has been repeating, or at least, bearing witness, to it ever since. 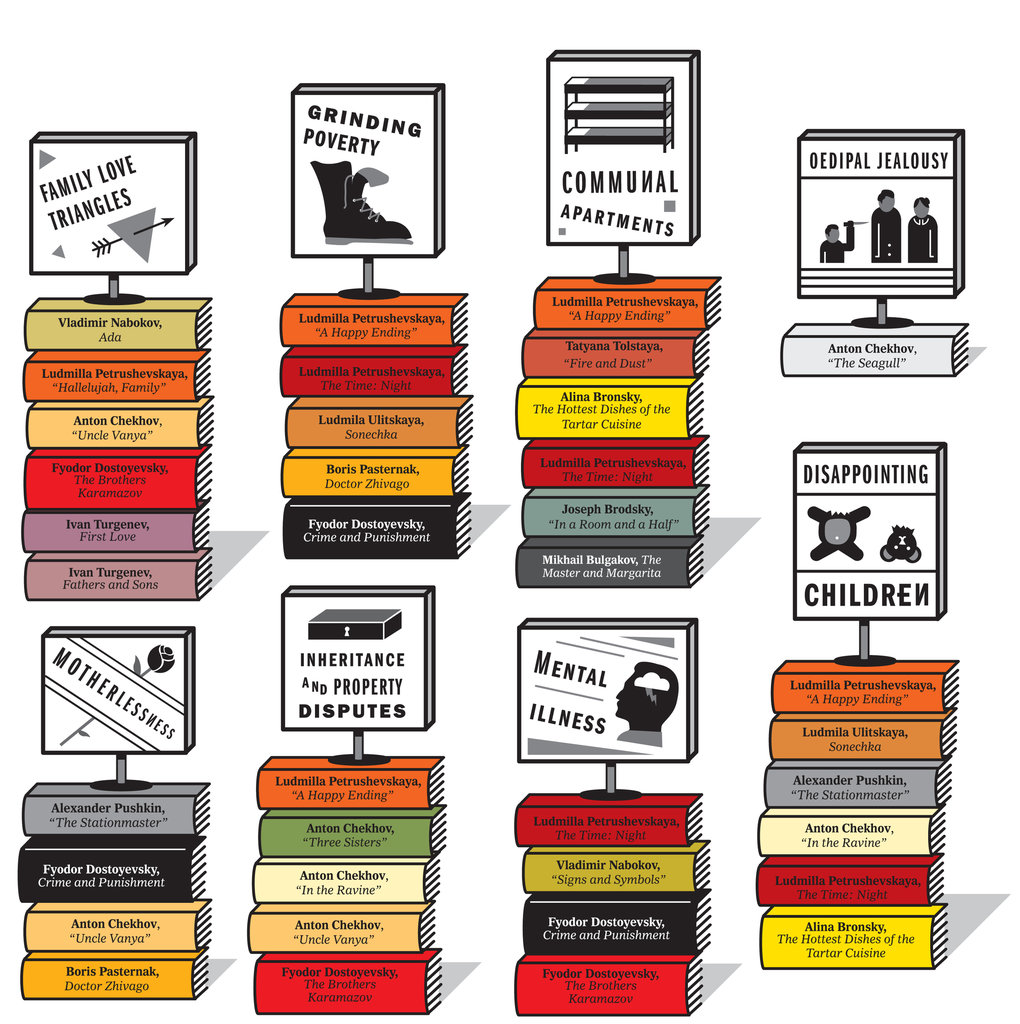 Eco-merits of e-readers versus print – in infographic

You’re never too old for literary fame and fortune 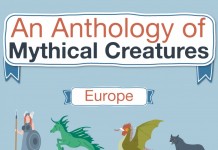 Get creative with this infographic of inspirational imaginary beings

Your handy all-in-one guide to the publishing process

Battle of the genres (infographic)