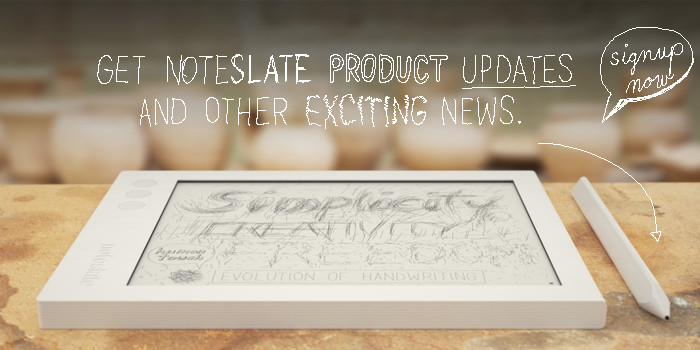 Noteslate has just released information for pre-ordering its unique Shiro tablet, or rather, slate. Under the tagline “Pencil and Paper. Redefined,” Noteslate seeks “to bring handwriting back to humankind” with the Shiro, whose “monochrome handwriting interface” resembles a Kindle Pearl and is shown supporting all kinds of sketching and drawing, as well as plain straightforward handwriting.

The specs of the Shiro offer many of the same kind of attractions already familiar from high-end Kindles plus a few more: an E Ink Pearl HD 6.8” 1080×1440 pixel display readable in sunlight, weight less than 240g, long battery life, the latest iterations of Bluetooth and WiFi, a microSD card socket. There’s also a pressure-sensitive stylus. What gives me pause is the “Noteslate OS” listed there too. The Shiro looks like a really attractive and interesting piece of hardware, which takes devices like the Kindle a logical step further – but with a new OS, you’re effectively asking customers to buy into a whole new ecosystem. And chances are that will be bare of apps at least at the start.

There are two separate categories of pre-order, as Noteslate explains:

For “Signature Edition” pre-order you will receive unique Noteslate SHIRO with personalized signature on the back and with unique serial number (# from 999 units based on your order). You will be charged immediately upon pre-order. For “Regular Edition” pre-order you will receive the same Noteslate SHIRO specs as the “Signature Edition”, it`s just a bit less fancy without signature. Your payment will be charged as we ship.

Noteslate adds that: “The shipping is starting in February 2016.” Price is reported to be $199. 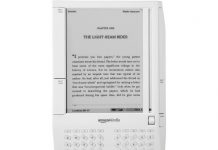