The other day, Paul received an email suggesting the new Nintendo DSi XL could be an e-book reader for Europe in lieu of the Kindle. Times Online actually reviewed it in this capacity in January:

Secondly, the bigger size makes the DSi XL a serious rival for more expensive eBook readers. I’m not sure about this, but if the console can open .txt files, then there’s no reason you can’t download your own out-of-copyright classics and bung them on an SD card. I’ll check this out later.

It turns out it might well be an e-book reader for America, too: today, CNet reports that aforementioned 100-public-domain book cartridge will be released on this side of the Atlantic in June, at a standard retail price of $20. (Business Week has another such report.) Publishing Perspectives reports that a similar bundle of French public-domain literature is coming out for the DSi in France on March 5th.

The $190 DSi XL’s screens will be 93% larger than the old Nintendo DS’s (increasing in size from 3.5” to 4.2” diagonally according to Wikipedia), and support wider viewing angles. They are expected to retain the same 256×192 pixel resolution, however.

While this is not as good a resolution as the iPhone’s 3.5”, 480×320 screen, it is still better than the 160×160 pixel display on the original Palm PDAs, and plenty of people read e-books on those in the old days. It does provide over twice the screen area as an iPhone.

This is another example of the e-book convergence strategy that worked so well for the Palm and the iPhone: put e-books on things people bought for other reasons. Since the DS has an app store, it is entirely possible that multiplatform e-book apps could be ported to it.

In the past, I might have hoped eReader or Stanza might show up there, but given that they have both been bought by larger companies that don’t necessarily have an interest in such developments I don’t know how likely that is anymore. 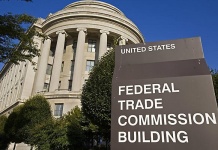